2013 in Review and Seven Posts You May Have Missed 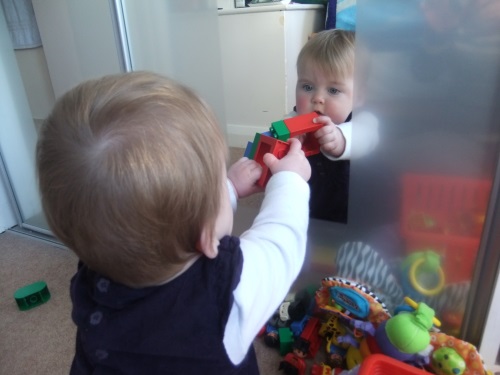 The past twelve months have been exciting and busy ones for me.

Here are a few highlights:

March 2013 – Kitty was born! I blogged about her a couple of months later, here.

June 2013 – I opened the doors of Writers’ Huddle permanently – new members can now join at any time.

July 2013 – I updated the The Blogger’s Guide to Effective Writing, and added a couple of bonus videos.

September 2013 – I became Head of Content at Zen Optimise and Editor of DailyBlogTips.

November 2013 – I failed to “win” NaNoWriMo but wrote 20,000 words on my novel, and launched the Get Blogging course on DailyBlogTips.

December 2013 – The Aliventures community raised over $400 – enough to sponsor Ayshu for another year – in my annual Blogger’s Guide sale.

The year seems to have flown past … though at the same time, my pre-Kitty maternity leave in January and February feels a very long time ago!

I’m really enjoying being a mum, and I’m having a great time blogging at Zen Optimise and DailyBlogTips. Now that I’ve found my feet there, I’m hoping to post more regularly on Aliventures again in 2014.

For now, though, I’m taking some time off over Christmas and the New Year. So in case you have some time to spare for a bit of reading…

Seven Aliventures Posts You May Have Missed in 2013

#1: Eight Ways Writing a Novel is Like Becoming a Parent

Over the past weeks, I’ve come to realise that although parenting is an exciting new adventure, it’s not so very different from my life as a writer.

If you’re a novelist or a parent (or both!) then I suspect you’ll recognise a few of these.

#2: Seven Common Misconceptions About Writing … and the Reality

I used to have a lot of fuzzy ideas about the writing life. From my early teens, I knew I wanted a career as a writer … but I had no clear picture of what that involved.

Since then, I’ve slowly wised up to the realities (and the joys, and the frustrations) of writing; I’ve also heard a lot of other misconceptions from new writers.

Back in 2008 – 2009, I had two major strands to my writing: the blogging and freelance web writing that paid the bills, and the fiction I was writing as part of my MA in Creative Writing.

I felt uneasy, though. I worried that my paying work must seem hack-like to my fellow MA students – and that my fiction-writing would look indulgent and silly to the blogging world.

One of the biggest problems writers face (80% of Writers’ Huddle members said they struggle with this) is finding enough time to write. You’ve probably tried some of the usual advice…

#5: Choosing the Right Viewpoint and Tense for Your Fiction [With Examples]

Who’s telling your story? Perhaps the choice is easy and obvious: you’re writing from a particular character’s viewpoint in the first person (“I”) and the whole story is from their perspective.

Or perhaps it’s trickier than that. You’ve got a story to tell involving multiple characters, and you need to make some choices.

In this month’s seminar for Writers’ Huddle, I talked about resistance – a powerful force that can stop us writing, if misunderstood and unchecked. Resistance is feeling you don’t want to do something – even when you know you’ll feel good afterwards.

#7: Four Ways to Cut Your Novel’s Draft (and Make Your Story Stronger)

Is your novel looking a little bloated? Do you have a sneaking feeling you’ve repeated yourself a few times? Are some of your scenes really just unnecessary padding between episodes of action?

I hope you have a very happy Christmas and New Year – see you in 2014!