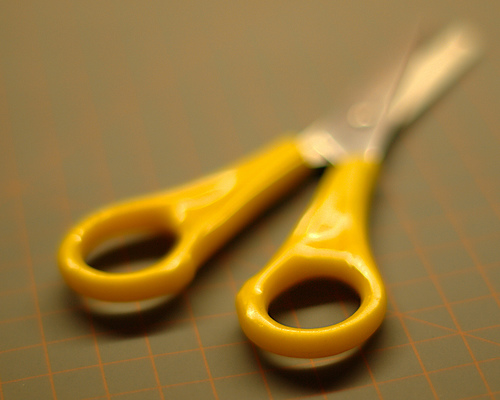 Is your novel looking a little bloated? Do you have a sneaking feeling you’ve repeated yourself a few times? Are some of your scenes really just unnecessary padding between episodes of action?

It made for a much stronger novel, and I’m hugely grateful to my editor Lorna Fergusson for her invaluable help in deciding what to cut.

Now, I’m hoping your novel won’t require quite such drastic pruning as mine. Chances are, though, that you’re going to have some cutting to do.

How can you tell if you need to do away with some of your hard-won words?

So, you’ve got work ahead. But where do you start?

(I’ll assume that the basic building blocks of your story need to stay; you’re not about to cut out a whole character or a massive chunk of your plot at this stage.)

“A novelist must have the intestinal fortitude to cut out even the most brilliant passage so long as it doesn’t advance the story.”

Start with the biggest, chunkiest pieces of story: scenes.

(Why? Because if you start cutting individual words, you’ll end up later deleting a bunch of perfectly worded – but ultimately pointless – scenes.)

For me, there are two parts to this:

a) Look for any scenes that don’t advance the story. Ask yourself, “could I delete this scene and not lose anything meaningful?”

Don’t keep a scene just because it adds depth to a character: unless it’s really part of the plot (or at the very least plays into your theme), you can get rid of it. Use other scenes to deepen the characterisation instead.

Don’t keep scenes because they’re “boring but necessary”. You can simply cut or summarise them: readers don’t expect you to show every moment in your protagonist’s life.

b) Look for scenes that are repetitive. Ask yourself, “could I combine these two scenes into one?”

Sometimes, you’ll have good reason for repeating something – but make sure there’s sufficient variation that the reader isn’t bored.

Personally, I often find I have two or three similar scenes for no good reason: I wrote them months apart, but in the manuscript itself, they might only be separated by a few chapters. I can combine the best bits of them and lose the rest.

One of the most flagrant areas of fat accumulation is in scene transitions. Too often, we write out the transitions in lengthy paragraphs that recount our character’s every step between one room and another.

Once you’ve got all the scenes you’re going to keep, start cutting out paragraphs. Pay particular attention to the first couple of paragraphs of any scene: can you take them out, start a little further along, and get straight into the action?

The final paragraphs of scenes can sometimes be cut in a similar way. Think about how one scene cuts to the next on TV – often in the middle of a conversation. You don’t need to tie up all the loose ends every time; in fact, your story will often keep moving better if you stop the scene when the action is at a high point, not when it’s run its course.

(As an exercise, you might try going through a few chapters of your manuscript and striking out the first paragraph of every scene. I was surprised how often I had a “warm up” paragraph getting me into the scene: I may have needed it during the drafting, but the reader didn’t need it in the finished novel.)

Two people rushing through the night to the hospital is action, two people arguing in the car as they rush to the hospital is character development within action. The fact that one of them is six foot tall with blue eyes is neither action nor illumination.

Next, you’re down to individual sentences. I found myself cutting out a fair few that dealt with my characters’ internal thoughts: in a more literary novel, these might have been necessary, but I didn’t really need this level of introspection slowing the pace.

What lasts in the reader’s mind is not the phrase but the effect the phrase created: laughter, tears, pain, joy. If the phrase is not affecting the reader, what’s it doing there? Make it do its job or cut it without mercy or remorse.

You’re down to the smallest building blocks now: words. Often, you won’t be cutting out single words in isolation – you’ll be looking for over-worn or unnecessary phrases.

Ultimately, what worked for me was taking a step back, looking at my novel manuscript as objectively as I could, and heeding editorial advice!

It’s always tough to lose words you’ve written – especially if you’ve gone through several drafts – but don’t see them as wasted. They served their purpose in helping you get your novel to this point.

If you’ve cut down a novel (or short story, or book) manuscript, share your best tips in the comments!