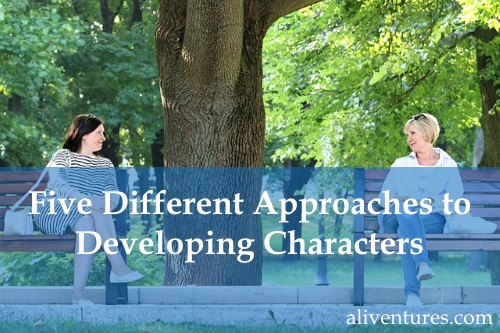 Whether you consider plot to be more important than character or you believe they’re just two sides of the same coin, it’s clear that character matters.

Readers want characters who are engaging and interesting: characters who seem real. Novelists often talk about these as “three dimensional” characters – ones that are fully developed, rather than being little more than a physical description and maybe an interesting quirk.

At some point during the writing process, you need to develop your characters. You need more than just a name and a note about their hair colour or favourite food: you need characters who have a certain depth to them.

There are lots of different techniques that authors can use to develop characters – either before they begin on a story, or during the process of writing (or even rewriting) that story.

But whatever method you use, there’s one important thing you should establish as early on as possible: END_OF_DOCUMENT_TOKEN_TO_BE_REPLACED

Staying Motivated to Finish a Novel … or Even a Short Story

Staying Motivated to Finish a Novel … or Even a Short Story

In the last Aliventures survey the subject of “motivation” came up quite a few times, and one reader specifically asked for a post about staying motivated to finish a short story or novel.

I’ll be the first to admit – this is tough!

My unfinished short stories and novels outnumber my completed, published ones. And I wouldn’t be surprised if that’s true of most writers.

Just starting work on a story, of any length, can feel like quite a challenge. But, often, an initial burst of inspiration and enthusiasm for the idea gets you going.

Plus, when you’re getting started, there’s tons of room for things not being quite right yet. You can write in an experimental way, trying out characters and storylines. You can write scenes that consist only of dialogue, because you know you’re going to have plenty of chances to rework that material.

When it comes to finishing … that’s a lot tougher.

There are so many things that can derail you. Like:

… and probably a whole lot more.

So what can you do about it?

END_OF_DOCUMENT_TOKEN_TO_BE_REPLACED

The Aliventures newsletter includes a short article on writing, and comes to your inbox every week. Pop your email address in here and you'll also get instant access to free ebooks.

(Or learn about the newsletter first.)

I’m Ali Luke, and I live in Leeds in the UK with my husband and two children. Aliventures is where I help you master the art, craft and business of writing.
More About Aliventures

If you’re new, welcome! These posts are good ones to start with:

If you’d like more suggestions, head to the “Start Here” page:

Want to see all the posts on Aliventures?

Just head on over to the Archive:

My contemporary fantasy trilogy is available from Amazon. The books follow on from one another, so read Lycopolis before the others.

You can buy or sample them on your local Amazon, or read all three FREE in Kindle Unlimited.

More about the trilogy 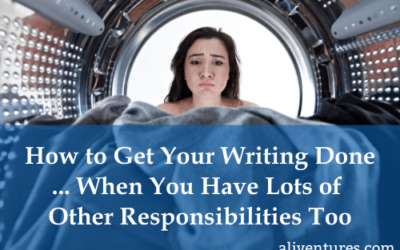 How to Get Your Writing Done … When You Have Lots of Other Responsibilities, Too

Writing can be tough. It takes time, energy, and focus – all of which are in short supply for many of us. It can be tough getting any writing done around a full-time day job, especially if you work long hours. But even if you only work part-time…

END_OF_DOCUMENT_TOKEN_TO_BE_REPLACED 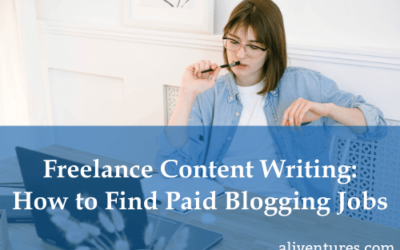 Perhaps you want to be a freelance writer … but you’re just not sure where to begin. There are lots of different types of freelance writing out there: writing articles for magazines, technical writing, copywriting (advertisements), and lots more. But one great market...

END_OF_DOCUMENT_TOKEN_TO_BE_REPLACED 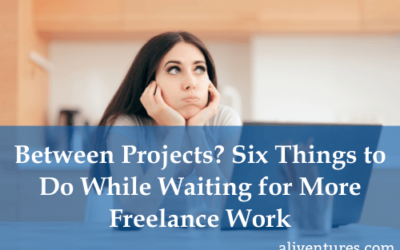 Between Projects? Six Things to Do While Waiting for More Freelance Work

Whether you’re just getting started freelancing or you’ve been a freelancer for years, it’s pretty likely that you’re going to hit the occasional dry spell. You’ll have time on your hands – and no freelance assignment to work on. This…

END_OF_DOCUMENT_TOKEN_TO_BE_REPLACED 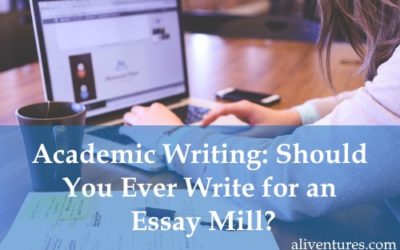 Academic Writing: Should You Ever Write for an Essay Mill?

If you’ve been freelancing for any length of time, you’ve probably come across sites that sell essays to university students. These are “essay mills”. Briefly, in about 2008, I ran a blog about student life, and I was constantly approached by this type of site, wanting to advertise…

END_OF_DOCUMENT_TOKEN_TO_BE_REPLACED

Should you just stop writing? Maybe it feels like it’s taking up a lot of your time and energy, and you’re not getting much (if anything) in return. Most writers go through times when they feel like giving up. It’s a normal and natural, if difficult, stage in the writing life…

END_OF_DOCUMENT_TOKEN_TO_BE_REPLACED 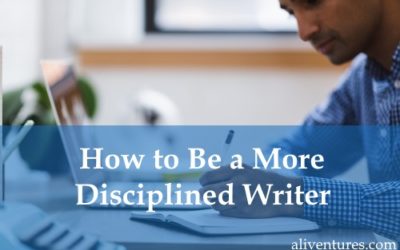 How to Be a More Disciplined Writer

While some people like to imagine writers working in bursts of frenzied inspiration, the reality doesn’t generally look like that. There might be wonderful moments of flow – I’ve certainly had writing sessions where I lost track of time because I was so focused on putting words on the page…

END_OF_DOCUMENT_TOKEN_TO_BE_REPLACED

The Aliventures newsletter comes straight to your inbox each Thursday, with an article about an aspect of writing, plus a short review of what I’ve been reading that week. When you join, you get a 35% discount on all my self-study materials (Blogger’s Guides and seminar packs), plus access to a free library of mini-ebooks.