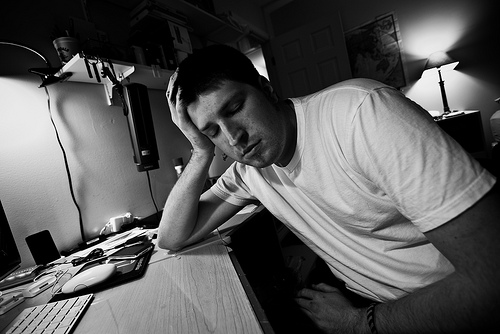 In this month’s seminar for Writers’ Huddle, I talked about resistance – a powerful force that can stop us writing, if misunderstood and unchecked.

Resistance is feeling you don’t want to do something – even when you know you’ll feel good afterwards.

Here are just a few of the things I’ve felt resistance about in my life … do any of them sound familiar to you?

… as you can see, writing comes up a lot!

The strange thing is, all of these are good things. As a student, I felt good once I’d completed an essay. Heck, I even quite enjoyed writing it – once I got started.

The same goes for exercising. I might think ugh, I don’t want to … but once I get moving, I love it.

Hopefully, you enjoy writing. Even if there are bits of it that you hate (I’m really not keen on proof reading), there’s plenty about it that you love.

Sometimes, though – perhaps quite often – you don’t feel like writing. Just the thought of sitting down to write makes you feel like taking a nap.

You want the writing muse to descend: you want to feel in the mood for writing.

So you do the dishes, or watch TV, or hang out on Facebook, and wait.

Sometimes, that inspiration comes. Maybe you get a great idea for a blog post and you want to get it all down. Perhaps you start thinking about that big showdown two of your characters are going to have – and you can’t wait to get to it.

More often, inspiration seems very far away. The resistance that your writing’s causing just gets stronger.

Accept – and Even Embrace – Resistance

The resistance you feel is not a signal that you shouldn’t be writing.

Occasionally, it does alert you to a problem in your work: perhaps you’re resisting getting going on Chapter 10 because there’s a big plot hole in Chapter 9 that you really need to deal with first.

Usually, though, there isn’t any problem with your writing: resistance is just something that all writers naturally feel.

In War of Art, Steven Pressfield describes resistance as “the most toxic force on the planet” and sees it as the enemy, something that we need to stand up to and defeat.

That can be a useful way to look at it, but I prefer a slightly more positive approach. For me, that feeling of resistance simply means that you’re doing something worthwhile.

Or, as Mark Forster puts it,

One of the points I made strongly in my first book Get Everything Done And Still Have Time to Play was that I could use my resistance to doing certain tasks as a guide. The reason for this is that the things I tend to resist are those that take me out of my comfort zone. And the things which take me out of my comfort zone tend to be those actions which are going to take my life forward. If I just do those things which I feel comfortable doing, I will end up stuck in a rut.

(Get Everything Done And Still Have Time to Play is a fantastic, short, practical time management book that I highly recommend – get it on Amazon.com or Amazon.co.uk.)

You don’t necessarily have to fight and conquer your resistance: you can accept it, use it as a sign that you’re working on something important … and find ways to sidestep it.

It’s better to avoid resistance than waste your energy battling head on. Yes, you can overcome resistance with gritted teeth and iron determination – but for me at least, that’s not a great route to creative, in-the-zone writing.

To avoid resistance as much as possible:

Make writing a regular habit: that way, it’s easier to keep going. You might feel some initial resistance at the start of each writing session, but it won’t be so strong. Writing daily is great, but you don’t have to: once or twice a week is fine.

Act before resistance grows. If you’re feeling reluctant to write, get to it as soon as you can. The longer you put it off, the harder it will be. (Caveat: if you’re genuinely tired or low on energy, you might want to wait – but at least set a specific start time for your writing.)

Remind yourself what you love about writing. I really like the “taste it” principle from Pace Smith, whop’s great at writing about peaceful motivation. For me, reading about writing, or doing a ten-minute free write, often makes me forget all about the resistance I was feeling.

Use the “open the document” trick. I got this one from Mark Forster, who suggests taking the first tiny step toward your goal – like opening the document that contains your novel. Taking any action will reduce resistance, and something as simple as this can be enough to get you writing.

Feeling an occasional or even a frequent sense of resistance doesn’t mean you’re not cut out to be a writer. In fact, it’s quite the opposite: it means you’re doing something worthwhile.

If you’re struggling with resistance right now, or if you’ve got a tip to share, just let us know in the comments.