Seven Common Misconceptions About Writing … and the Reality

I used to have a lot of fuzzy ideas about the writing life. From my early teens, I knew I wanted a career as a writer … but I had no clear picture of what that involved.

Since then, I’ve slowly wised up to the realities (and the joys, and the frustrations) of writing; I’ve also heard a lot of other misconceptions from new writers.

I’ll start with one of my own… and the reality that I’ve discovered.

Misconception #1: Once You Have a Book Published, You Can Quit Your Day Job

When I started my first “proper” job, after university, I thought that once I had my novel (or any book) published, I’d be able to quit and write full-time.

I knew that bloggers sometimes got book deals, and when the lovely Shauna Reid had her book The Amazing Adventures of Dietgirl published, I snapped it up from WH Smiths’. It was clear from her blog that she was still working in her day job, and I slowly realised that I had to rethink what getting a book deal really means.

A book advance is often not enough to live on for even a year. In fact, most non-fiction authors publish books not to make money, but to grow their audience and platform: their money comes from elsewhere (perhaps client work, speaking fees, or selling their own products direct to customers).

Misconception #2: All That Matters is How Well You Write 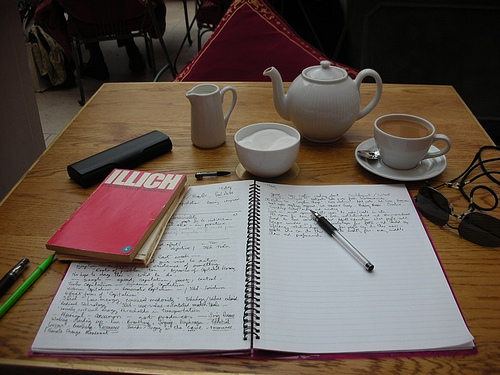 I can see why this one is an attractive idea … but sadly, you could be an outstanding writer and still fail to ever make money from your writing.

If you think about some of the books that are widely criticised for being badly written and yet still win a huge audience (Dan Brown’s thrillers and E.L James’s Fifty Shades of Grey trilogy, for instance), it’s clear that great writing isn’t the only thing that matters.

The Reality: Simply Being a Great Writer Isn’t Enough

Writers need to be able to:

Of course great writing matters – and you can hire people to help you with aspects like technology and marketing – but it’s simply not true that “being a writer” means sitting in a room and writing all day without a thought for the outside world.

Misconception #3: You Have to be Original

Some new writers, of fiction and of non-fiction, get a bit obsessed with originality” or “uniqueness”. They spend a long time trying to come up with a never-before-seen idea – or they think that because they’ve got a unique story or subject to write about, their hard work is done.

The Reality: Originality is Over-Rated

It’s often said that there are only a handful of basic plots (depending on who you ask, this might be anything from one to ten). Most novels can be boiled down to a few basic elements – as this xckd comic about children’s fantasy novels suggests…

What matters is what you bring to your idea: your treatment of it (your characters and writing style) and your combination of different elements (as in genres like paranormal romance) is what makes your story unique.

(The same applies to non-fiction: there are dozens of books on most subjects, but yours might be more in-depth, or more humorous, or more up-to-date, or more engaging than the others.)

Although self-publishing has become much more common over the past decade, with the rise of print-on-demand and e-publishing, some writers still believe that there’s a stigma attached. They carry on seeking an agent – even if they’ve been sending out their manuscript again and again for a year or more.

The Reality: Self-Publishing Can be a Great Way Forward

Having a publisher definitely offers certain benefits – in particular, it means your book will be in physical book stores – but there’s a lot you can do for yourself.

You might well choose to self-publish because you’ll have more control over the book (no-one will edit your writing or give you a cover you hate) – and because you’ll have a far higher share of the profits. Some authors are also now self-publishing their books and later accepting traditional book deals, from a much stronger negotiating position than an unpublished author.

Misconception #5: The Writing Life is Glamorous 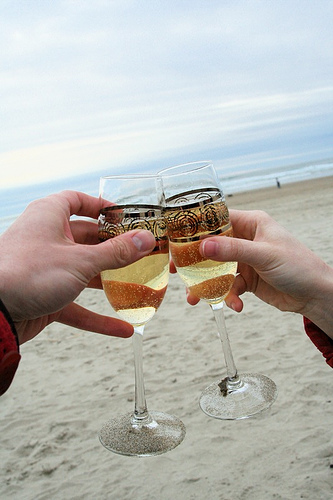 When you see writers depicted on the television or in films, they often have rather glamorous lives. (If you’re a fan of ABC’s Castle, you’ll know that author Richard Castle has a very nice New York apartment, flashy book launches, huge displays of his books in shops, and an exciting partnership with the NYPD.)

It’s easy to picture the writing life as easy or glitzy; perhaps you imagine long boozy lunches with your agent, or even something as simple as days spent daydreaming about your book and effortlessly writing page after page.

The Reality: The Writing Life is Hard Work (and Not Immediately Rewarding)

For most writers, life isn’t particularly glamorous. They might get out to book launches or story readings or writers’ circles – but these are likely to involve mugs of tea or paper cups of cheap wine, not bottles of champagne. Many publishers and agents won’t the budget to treat authors to more than a cup of coffee.

Writers spend most of their time tapping away at a keyboard, pausing frequently to struggle with a knotty plot issue or a tricky line of dialogue. Friends and relatives may or may not be supportive, but unless they’re writers themselves, they’re unlikely to understand many of the frustrations that writing involves.

Misconception #6: You Have to Protect Your Idea from Unscrupulous Editors / Agents 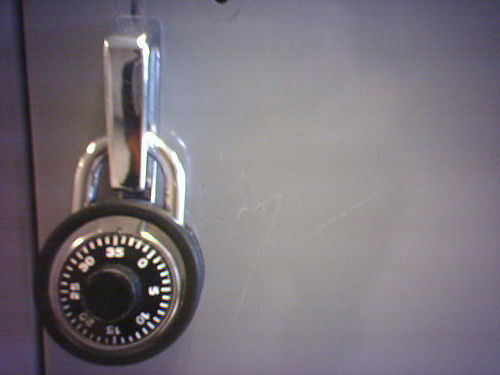 Some authors get very anxious about copyrighting their work, worrying that their idea will be stolen. They don’t want to include much detail when pitching articles to magazines, or they fret over letting an agent see a synopsis of their book.

This might even get extended to fellow writers: a few aspiring authors are so protective of their work that they won’t show it to a workshop group or discuss it over a drink.

The Reality: Ideas Aren’t That Valuable

Editors and agents are inundated with manuscripts. They don’t have the time, or the need, to steal your idea and write it in their own way (or give it to another author to write). The same goes for fellow writers – they might be inspired by an aspect of your work, but they’ll inevitably write in their own way, and you don’t have to worry that they can “steal” from you. 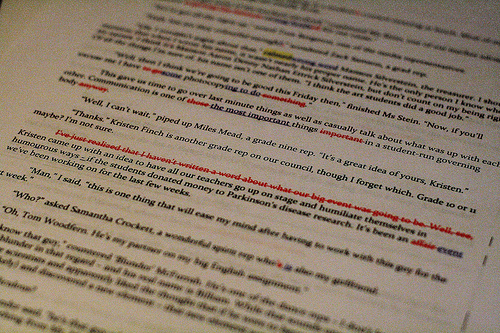 While some publishers are unscrupulous or incompetent – just like a minority of companies in any business area – most do treat authors fairly.

Some unpublished authors complain that publishers should read their whole novel before rejecting it, or moan that publishers only want commercial books rather than ones with literary merit. I’ve even read letters in writing magazines from writers proposing some form of charter that publishers should be made to sign up to (saying that they’ll read unsolicited work and get back to authors within a certain period of time, provide feedback, and so on).

The Reality: Publishers Don’t Owe You Anything

Imagine that you’re a freelance writer, specialising in advertising copy. You phone a local business, offering to take them on as a client. They say “No, thanks” almost immediately – they already have a freelancer who they work with.

Would you be offended? Almost certainly not. You’re a service provider, and they simply don’t need your services at this time.

The same applies (or should apply!) to unpublished writers. Publishers and agents have far more manuscripts than they need: why should they be under any obligation to read yours? I know that sounds a little harsh, but publishing is a business for them, and they simply don’t have the time to spend five hours reading your full manuscript and writing a critique for you.

So … Is Writing Worth It?

I realise this post might seem a bit discouraging. I know that when I was a new writer, the hope of quitting my day job and enjoying glamorous book launches helped spur me on!

None of it happened quite the way I’d once hoped or expected – but that didn’t matter. I love writing, and I’d write regardless of whether there was any chance of being published or making money.

Writing is definitely worth it. Yes, it’s a difficult road at times – there’s not much glamour or recognition, especially when you’re just starting out. But it’s also a wonderful journey – and you’ll meet many wonderful fellow writers for company along the way.

If you’d like some support with your writing, check out my teaching/community site, Writers’ Huddle. We only open for new members a couple of times a year, but you can pop your email address in there to get a notification as soon as the doors open up.