How Much Should You Plan Before Starting a Novel? 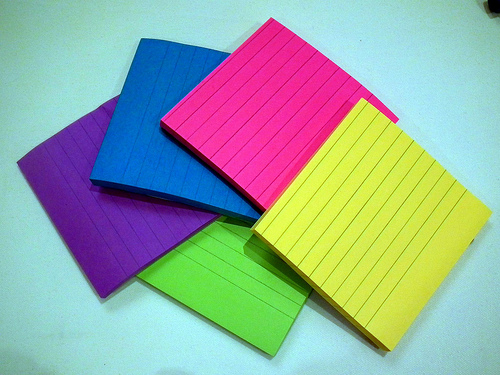 Thinking of writing a novel (perhaps for National Novel Writing Month)? Pretty much the first decision you’ll need to make is how much planning you’ll do in advance.

Some novelists like to plan out every chapter before they begin. Others pick up a blank page, write the first line, and keep going from there.

Most, though, fall somewhere in between those two extremes. They might have a rough outline that touches on major events in the story. They might plan the first few chapters. They might have detailed notes on characters, but only a hazy idea of the plot.

“Failing to Plan Means Planning to Fail” … Or Does It?

In life in general, I’m a planner.

I write a to-do list at the start of each day. I have detailed outlines for my non-fiction projects, like ebooks. And I’m definitely not the sort of easy-going traveller who likes to set off and see what turns up – I want to get my tickets and accommodation booked well in advance!

When it comes to fiction, I’ve learnt that a plan isn’t necessarily all that helpful for me.

Every time I’ve attempted to plan a whole novel in advance, I’ve deviated wildly from the plan before the first ten chapters are done (often long before). Characters get added and deleted. Scenes morph unrecognisably. Unexpected backstories emerge.

This doesn’t mean that planning isn’t right for you, of course. You might have more patience than I do, so you’ll be happy to spend time thinking through the details in advance. You might be writing in a book that requires intricate plotting – a twisty-turny mystery, for instance.

Letting Your Characters Take the Lead

Some stories are plot-led; others are character-led – and these lend themselves to different types of writing.

Personally, I believe that characters are more important than plot, and that they’re crucial to the success of your book. Of course, a great story matters – but if your characters are poorly-drawn, readers will struggle to engage.

(When you think about some of your favourite books or even TV shows, there’s a good chance that what you love and remember about them is the characters, rather than the plot. Think of Elizabeth and Darcy in Pride and Prejudice, for instance.)

Even if you’re writing in a very plot-driven genre, you still want intriguing characters. For a thriller, for instance, you’ll need a great villain – and a worthy hero.

Instead of planning out your plot in intricate detail, you can get to know your characters instead. Of course, you may find that aspects of their personality or backstory change as you write – but you can begin with a clear idea of who each character is and (crucially) of how they’re likely to relate to and come into conflict with one another.

I’ve used Holly Lisle’s Create a Character Clinic (Amazon.com / Amazon.co.uk) for this; it’s a great repository of questions to get you thinking about who your characters really are. (And this goes far beyond jotting down a physical description, or deciding when their birthday is.)

Some writers talk about a sense that their characters “take over” as they write. This may not happen to you, but you should find that you have a clear sense of what actions fit with a particular character – or not. If part of your planned plot involves characters doing something that doesn’t fit, you’ll either want to rethink the plot, or come up with a good reason why a character acts in an unusually thoughtless / generous / idiotic way at a particular point.

Staying a Few Steps Ahead

Once you have a clear idea of who your characters are, I think it’s wise to plan out the first few scenes or chapters. You might only have a one-line description of each of these … but this is enough to keep you on track.

As you move forward with your writing, you can keep planning ahead slightly – not necessarily very far, but far enough that you know what each scene is aiming for, and how it should link to or contrast with the next.

I always like to know the ending before I begin – though occasionally I’ve had to wait for the right ending to come to me during the writing. When you’ve got the climax for your novel in mind, it’s easier to strike the right tone during the writing. (For instance, if you want to finish with a tragic death, you probably won’t want the first half of your book to seem like light-hearted comedy – you’ll have a lot of upset readers on your hands!)

With any type of writing, there’s a correlation between planning and editing. The more planning you do before you write, the less editing you’ll need to do after you write.

When I write fiction, I like to write fast. I want to get the story down – even though it’s imperfect and littered with tangents and plot holes. I’ll then redraft the whole story from start to end, even if it’s a full novel. Some scenes will stay fairly close to the original; others will get cut, added and merged.

Other writers prefer to get things as right as possible the first time round. They plan further ahead, and have a clearer idea of how their whole novel (or short story) will be shaped. They’ll tidy up after the first draft, of course, but they won’t typically rewrite every word.

Neither approach is “correct” – they just suit different types of writer.

For me, one of the most enjoyable things about writing a first draft is the sense of excitement and possibility. I love watching the story unfold as I write – and there are always moments when I’m surprised and delighted by a new idea, or even a whole new direction for the plot. If that means throwing away three chapters that I’ve previous written, I don’t mind.

You might have a very different take on planning, of course! I’d love to hear about your approach and your experiences in the comments below.