What is a Scene? Understanding and Using the Basic Unit of Story Structure 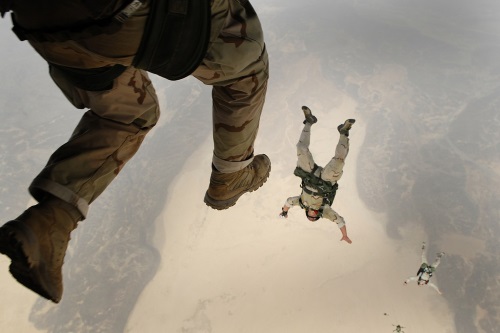 Scenes are the building blocks of your novel. When you plan (if you plan!), you’re thinking in scenes: individual little chunks of story that build on one another as they work towards the conclusion.

Like me, you probably feel you have an intuitive grasp of what a “scene” is in a short story or novel. If you feel your scenes aren’t quite working, though, or if you struggle to outline your scenes, thinking through what exactly a scene is might help.

Let’s take a quick look at a few definitions:

A scene is a sequence where a character or characters engage in some sort of action and/or dialogue. Scenes should have a beginning, middle and end (a mini-story arc), and should focus around a definite point of tension that moves the story forward.

Teach Yourself How to Write a Blockbuster, by Lee Weatherly and Helen Corner (pg 40, 2006 edition)

By “scene” we mean here all that is included in an unbroken flow of action from one incident in time to another […] The action within a scene is ‘unbroken’ in the sense that it does not include a major time lapse or a leap from one setting to another – though the characters may, of course, walk or ride from one place to another without breaking the scene, the camera, so to speak, dollying after them.

What’s a Scene (And What’s A Chapter?), Timothy Hallinan, TimothyHallinan.com

Some writers like to think of scenes as chapters, starting a new chapter for each new scene. There’s no reason you can’t do that – but chapters play a different role.

I sometimes end chapters mid-scene (so there’s a cliffhanger) and I only switch viewpoints when I switch chapters, even if one chapter contains multiple scenes. That’s a personal preference – yours might be different.

There’s never going to be a perfect definition of “a scene” that works for every circumstance, so don’t get too caught up in trying to decide whether a small time gap or a change of location definitely means it’s a “new” scene. If it feels to you like the same scene, treat it that way.

The Ingredients of a Scene

Normally, scenes will include the following elements:

Of course, you could have a scene that doesn’t use all of these elements – but if several are missing, you might want to reconsider whether it’s actually a scene at all.

So, how do you put together a good scene?

A Quick Note on the “Scene and Sequel” Story Writing Technique

There’s a particular story-writing technique where you produce “scenes” followed by “sequels”. The terminology gets a bit confusing here, as most people would call both types “scenes” and some people consider them to be two halves of a scene (essentially, action and reaction).

This technique originated with Dwight Swain, and you can find plenty of articles explaining it online, like this one from Advanced Fiction Writing.

It’s not how I pattern my scenes personally, though I think it includes helpful elements to think about including. But if it’s a technique you want to explore, K.M. Weiland has a handy series of articles about scene structure here.

Her novel Storming also uses the scene-and-sequel technique very effectively – as in, you wouldn’t particularly notice it if you weren’t looking for it, and it works very well with the genre and the story that K.M. is telling.

If a scene is going to go wrong, it’s not usually because you’re hopeless at dialogue or you can’t describe settings. It goes wrong because you’ve struggled with the structuring and pacing.

You’ve probably read fiction – whether published or in a workshop – with a scene that:

I think all these problems are ones that can be solved with a bit of forethought. I know that, when I’m writing without a good plan, I’ve a bit of a tendency to try to carry on with “what logically happens next” or to visit a character we’ve not heard from recently – regardless of whether “what happens next” actually forms a scene, or whether that character has anything interesting to do or say.

I’m slowly becoming a convert to planning, then, rather than just making it up as I go along. Here’s what works for me – hopefully some of it will work for you too:

#1: What changes during this scene? If you cut the scene entirely, would the story still work fine? If so, the scene probably shouldn’t exist.

#2: How can you do more with this scene, if it’s needed but currently feels a bit lacking? Can you bring in an extra complication, work in some necessary backstory, put a character under greater emotional or physical strain?

#3: How does this scene link to the one before and/or the one after? Is the action building up towards a climax? Are you going for a particular resonance or a note of irony by juxtaposing one character’s actions, speech or thoughts with another’s?

#4: Could this scene be placed earlier or later in the novel? Should it be? What else would change?

#5: Is this scene too repetitive? Have you got an earlier scene that does something fairly similar? This happens all too easily if you’re writing over an extended period of time. (Don’t feel, by the way, that you have to show something two or three times in order for the reader to understand that it’s the normal state of things. Readers are quick off the mark.)

#6: Have you chosen the best location for the scene? If a scene is feeling a bit flat or dull in its current setting, relocating it could add extra drama and tension. For instance, two characters arguing at home might end a bit too easily with one storming off; two characters arguing on a long, crowded bus journey have fewer options.

#7: Does the scene start too early? If you have a lot of internal thought or chit-chat dialogue, then you need to get into the scene later: let us take for read what’s already happened at the point at which the action begins.

#8: Does the scene end too late? While I don’t think this is by any means inevitable if you’re using a scene-and-sequel structure, I do think you need to avoid having a long drawn-out section of character angst about what to do next. If they need all day to think about it, end the scene and start the next one at the point at which some new action happens.

#9: Is the action over too quickly? It’s tricky to judge the pace of a scene while you’re writing, because writing out the words takes so much longer than reading them. Even if you’re writing an action scene, readers won’t want it to rush by too fast: they want to enjoy all the excitement.

#10: Does the action drag on too long? Watch out for scenes that seem to meander back and forth without really progressing, or scenes that involve lots of thinking and not much doing.

And finally, a bonus #11 … Does the scene involve a chat over tea/coffee? I think any scene I’ve ever attempted to set in a cosy coffee shop has ended up being cut (or swiftly relocated). Yes, it might be realistic for your characters to sit down and have a civilised conversation over a nice cuppa … but that’s not going to be terribly exciting to read about.

This isn’t an exhaustive list – if you have a different question that you ask yourself about your scenes, please feel free to add it in the comments below.

If you want to thoroughly edit scenes you’ve already written, I recommend downloading C.S. Laskin’s excellent .pdf on scene structure, which has a more detailed checklist. She’s been working her way through that checklist in a series of posts too, so check out her blog (Live Write Thrive) for those.

When you next sit down to work on a scene, write down three to seven bullet points that describe what’s going to happen. This is a good tool for (a) figuring out if you’re going to have too little or too much going on within the scene and (b) keeping you on track as you write it.