BlogWorld #1: “Should I Self-Publish or Get a Book Deal?” with Scott Stratten and Jim Kukral 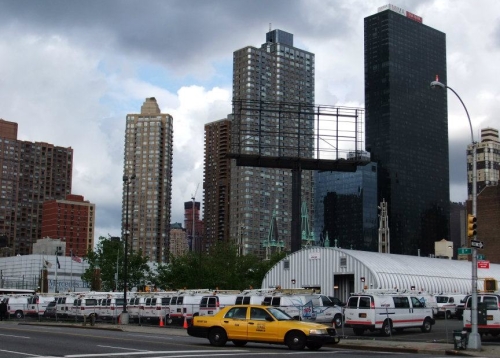 This is the first in a series of three posts about some of the sessions I attended at BlogWorld Expo, New York 2012. The full series is:

Important: While I’ve done my best to capture the message of each session, I’m working from my personal notes, rather than transcripts or any official materials. Unless a passage appears in quotation marks, it’s a paraphrase of what was said, rather than a direct quote.

One of the must-catch sessions on my BlogWorld list was Scott Stratten and Jim Kukral discussing traditional vs self-publishing.

I’m currently working on Publishing e-Books For Dummies – a book emphatically for self-publishers, produced by a huge traditional publisher (John Wiley & Sons) … so as you might guess, I’ve got plenty of respect for both halves of the publishing debate.

Scott and Jim’s session, moderated by Jay Baer, was a lively and mainly good-natured debate – perhaps a little too combative at times for my gentle British nature 😉 – and they both made some great points.

Before I get into a summary of what was said, I’ll give you a bit of background on Scott and Jim.

Who’s Scott Stratten and What Has He Written?

He’s a speaker and consultant, and regularly has a keynote session at BlogWorld.

His current book is UnMarketing: Stop Marketing, Start Engaging, published by John Wiley & Sons. (He has another due out in a few months.)

Who’s Jim Kukral and What Has He Written?

He’s an author and speaker.

His current books include:

…and more (you can see nine listed on his home page).

The Advantages of Traditional Publishing and of Self-Publishing

For Scott, traditional publishing lets him expand his platform. As a business writer, it gives him extra revenue streams (like speaking) – as well as greater respect and recognition within the industry. There’s still something significant about a publisher saying that they think a book is worth spending money on.

Jim opened by saying that, while he doesn’t dislike publishers, he does dislike the business model of traditional publishing – he thinks it’s broken. As a self-published writer, he can move faster, keep his rights, and make more money.

However, Jim recognised that authors need to write a great book, whether they’re self-publishing or not. He suggested that self-publishers have a wide range of options open to them, in order to use some of the best parts of the traditional publishing process – like crowdfunding an advance through sites like Kickstarter, or outsourcing tasks like cover design and editing to experts in those areas.

Scott raised the point that the reader doesn’t know if a self-published book is any good. He expressed concern about that lack of a third-party voice in self-publishing – no editors or agents to act as gatekeepers.

(Jim differed here, believing that while there are sub-standard books out there, self-publishing is working towards high standards – and that readers are the ultimate arbitrators of value.)

Key Differences Between Traditional and Self-Publishing

Effort: Self-publishing takes more effort – one of Scott’s key objections! There’s still a credibility gap – according to Scott, at least; Jim feels that self-publishing has reached the point where you can get the same benefits and kudos from a self-published book as a traditional one.

Money: Scott’s main focus is on building his platform and making money through speaking and consulting, whereas direct royalties are more important to Jim. Both agreed that the money earned per book sold is considerably higher in self-publishing.

Bookstore presence: For Scott, having his book on physical shelves – and even seeing it at the airport – was important. Jim argued that physical books are rapidly becoming a thing of the past, going as far as to say that within a couple of years, we won’t be buying print books at all.

Speed: Jim has put out eight self-published books (some of them are very short) in the past 18 months. The traditional publishing process takes more time, and this can be a particular problem for topical books.

Rights: When you self-publish, you keep the rights to your material – and you can publish it elsewhere. For Jim, this was really important; his first traditionally-published book didn’t sell too well, but he’s unable to re-use that content.

Both Scott and Jim agreed that, whatever method of publication you’re aiming for, building a strong author platform is important. You need a platform to interest traditional publishers – and if you’re going to self-publish, you have to be able to market and sell your book.

Scott uses Twitter and his blog as core forms of platform building, as well as his Unmarketing book as a way to bring more people to those platforms.

Jim sees his books themselves as a key element of his platform; once people have bought one, they’re on his email list.

As part of your author platform, Scott and Jim both mentioned how important it is to build a mailing list. You need to encourage people to engage with you once they’ve finished reading your book (by email, on Twitter, or on Facebook). Scott gets people to engage while they’re reading Unmarketing, by telling them to email their “Yeah!” moments to yeah@un-marketing.com.

Jim highlighted one of the key reasons to self-publish – having full control over your book and how it’s marketed, being able to tweak the contents, blurb, cover image, and so on.

Scott clearly felt that traditional publishing has much more credibility: Jim disagreed, saying that within a few years, readers won’t care whether a book is traditionally or self-published.

I felt that both Jim and Scott made excellent points. However … I think they also painted a slightly too rosy view of their chosen publication methods.

Scott made traditional publishing sound easier, and more attractive, than it is. As Jim pointed out to the members of the audience, “You’re not Scott Stratten.” I have a huge amount of admiration for Scott – he’s built a massive online platform (over 120,000 Twitter followers) and he’s a very, very good public speaker. I’m definitely not Scott, and I don’t mind Jim pointing that out. 😉

The reality of publishing today is that it’s hard to get a traditional book deal. I’m certainly not saying it’s impossible – or that your writing isn’t good enough – but publishers are increasingly expecting authors to have an existing platform. When I go to book conferences and attend talks by agents, it’s not uncommon to hear them say that they get hundreds of submissions every week – and take on just a handful of books each year.

However … Jim made self-publishing sound a bit too easy as well. Yes, there’s no barrier to entry; yes, you can put your book up on Kindle this week. But Scott’s right that the self-publishing stigma isn’t entirely gone.

Like it or not, a book with the backing of a major publisher is going to sound more impressive (and it generally is going to look more professional) than one you’ve put out yourself.

Whichever route you take, there’ll be hard work involved. You’ll need to market your book (even if you’re traditionally published) – and you’re unlikely to get rich overnight.

For me, though, the thrill of getting my work into readers’ hands – whether that’s through my own efforts or in partnership with a publisher – is absolutely worth it.

Thanks to Scott Stratten and Jim Kukral for a great talk (and to Jay Baer for moderating).

I’ll be blogging about some of the other BlogWorld sessions I attended; to make sure you don’t miss out, grab the Aliventures RSS feed here, or pop your email address in the box below to get posts straight to your inbox: