Should You Write Faster? Here’s What Four Indie Authors Do (Plus My Take) 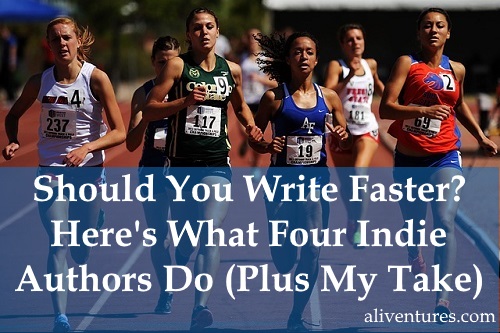 By a lot of people’s standards, I’m a pretty fast writer. For the last 12 years or so, I’ve been able to comfortably produce 1,000 words an hour (sometimes to the envy of writing group peers). I write most days – though I don’t always spend as much time on my fiction as I’d like.

In the indie-author world, though, I’m not exactly what you’d call fast. Lots of indie authors produce multiple books per year (and many imply, if not outright state, that this is necessary if you want to build a successful indie career).

Let’s take a look at what four different indie authors – all excellent ones – say about writing fast. 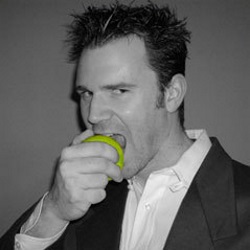 When I think about fast writing, I think of Johnny. I’ve been following him since his early days in blogging, and watched him make the impressively quick switch from non-fiction blogger to being a highly successful fiction writer.

Johnny writes insanely fast, to the tune of well over a million words a year, working in collaboration with Sean Platt and David Wright (and also on his own solo novels). In Write, Publish, Repeat, he says:

We strongly believe you should write your first drafts as fast as you can.

Now note, that we said “as you can”. Emphasis on you. Sean and I are both kind of stupidly fast […] Writing fast helps you to capture your most natural voice. 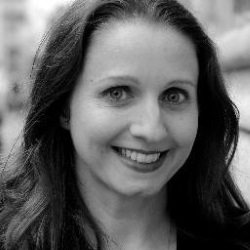 I’ve been a fan of Joanna’s since she published her first novel in 2011, not too long before I published Lycopolis.

She now has twelve novels and novellas out and I have … precisely two. (I have to remember that since 2011, I’ve also had two kids – while lovely, they do take up an awful lot of time!)

Joanna now dictates her first drafts (which is considerably better for your wrists and shoulders than trying to type at super-speeds). In How I Have Iterated and Optimized My Author Business In The Last Year, she writes:

After several attempts over the last few years, I finally got to grips with dictation and used it to write Destroyer of Worlds in Jan/Feb. […]  I did 60,000 words in 30 days, and I didn’t work every day, so my ‘writing’ sessions went from 2000 average up to around 3500 words per session. 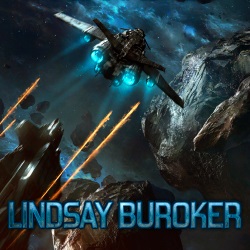 Lindsay has a great case study here about learning to write faster, talking very openly about why she wanted to write faster (to “feel I’m not slacking off during my work day” rather than becaus she needed to put out a book a month).

She tried an experiment with a new manuscript, and hits some impressive numbers, as she explains in Writing Faster: Breaking the 10,000-Word-Day Barrier and Composing a Rough Draft in 2 Weeks:

I actually wrote 57K of the story in the first seven days and was out of town and didn’t write for three days in the second week, so that first week was the rockstar for me. There were three days where I broke 10,000 words. Prior to that, my record had been around 6500 words in a day. 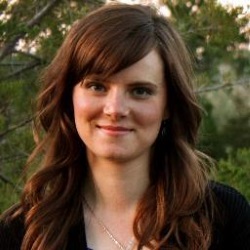 Finally, a dissenter! The “write lots, write fast” mantra of the indie world had seemed – to me, at least – pretty ubiquitous. As a writer-parent with several non-fiction projects on the go too, I was starting to feel a bit despondent: was writing millions of words a year the only way to succeed?

I loved K.M.’s take on the issue of writing faster, which she explores eloquently in How to Write Faster (and Why Maybe You Shouldn’t):

If I were to force myself to write any faster, I would lose something precious.

Learning how to write faster isn’t always a good thing for your happiness as a writer.

Simply put, I don’t want to write my novels any faster. I enjoy the fact that a first draft generally takes me about a year to write. I love getting to spend that amount of time on one story. I love that each story gets to have a sense of weight within my life. Indeed, each book gets to be an entire chapter in my life–rather than a TV serial on binge-watch, quickly conceived, quickly enjoyed, quickly discarded.

(Do give the whole post a read, it’s insightful and powerfully written.)

Note: images are taken from the author’s Twitter profiles, except Lindsay’s, which is from her most recent book cover.

What I Think About Writing Faster

The idea of writing several novels a year leaves me cold: it’s not my idea of fun, or of success. I’d much rather make less money as an indie author, write one book a year, and enjoy the journey more.

Of course, that’s not to say that writing fast is wrong for everyone! Some authors may be very happy writing three or four books a year, or even a book every month: that’s fine.

For me, a comfortable fiction writing speed is about 1,000 – 1,500 words per hour. Right now, I work on my fiction for about 30 minutes a day (on average) – which means that, at that writing speed, I can draft a book in five months.

I may well try dictation at some point, but the problem is not so much the speed at which I can physically get words onto the screen – I can easily hit 2,000 words an hour for non-fiction – it’s more being able to think about those words!

Of course, as well as the rough draft, I need time for revising, feedback, editing, production and so on – realistically, that means taking two years from initial ideas to final publication. (You can find the plan I’m working to in The Two-Year Novel post.)

For me, though, writing 30 minutes a day feels slow. With the current novel-in-progress, I’ve been frustrated that I can’t immerse myself into it more. So once we get to the start of 2018 (when Nick will be in nursery and Kitty in full-time school), I’d like to be publishing a novel every year.

That would still give me lots of time to live in the story – to think about it while I’m doing the dishes, to work through scenes in my head before I go to sleep, to enjoy the writing process.

Or, perhaps you want to write a novel every couple of years, like me … but right now you’re working on a novel that’s taken you seven years and counting.

When to Focus on Writing Faster

If you’re feeling frustrated with your writing speed (and not just because other authors are writing more than you) then of course it’s sensible to make changes.

A couple of common problems are:

Problem #1: It Takes You Three Hours to Write 800 Words

This is, of course, only a problem if you’re not happy with your writing speed! But if you’re spending a lot of your “writing” time fiddling around with edits, checking Facebook, making coffee, tidying your desk, staring into space … then you probably don’t feel entirely happy with your process.

Unplug your internet cable or switch off your wifi. Turn your phone off (or at least put it out of arm’s reach).

Cut the length of your writing session. Give yourself 30 minutes, set a timer, and write till the timer goes off.

Focus on writing, not editing: keep moving forward. If you can’t remember a fact / phrase / etc that you want, just put a note in [square brackets] so you can come back to it at a later stage.

Problem #2: You Have Long Periods When You’re Not Writing

When you’re writing, you might be producing several thousand words a week … but then you don’t write for weeks on end. This has often happened to me with novels: I’ll end up not writing for several months before I get back into it.

Have a clear plan for how long this novel is going to take you – it’s hard to keep up any momentum if there’s no end in sight, and no path mapped out to get there. Feel free to use or adapt my two year plan.

Carve out a specific time each week for writing (I’ve borrowed Maria’s writing hour of 8pm – 9pm on Sunday evenings) – this can be a good chance to “reset” and get moving again if you’ve had a bad week.

What’s Right for You?

There’s no “perfect” speed at which to write. If you enjoy getting novels done quickly – perhaps you’re writing fast-paced fiction and have lots of other ideas to move on to – then great! But if you’d rather take your time and savour each novel, that’s fine too.

While, obviously, more novels tends to equal more money coming in, it is possible to market a single novel or a single trilogy of novels – and personally, I’d rather write the best novel I can and enjoy the process than rush it. (I’m happy bringing in much of my income from non-fiction, though I’d like to gradually gear this towards fiction a bit more.)

Let me be clear, though: I’m not suggesting that authors who write fast necessarily produce lower quality work – I just suspect that would likely be the case for me.

Ultimately, what matters to me is that I enjoy what I do! I hope to speed up a bit with my fiction over the next few years … but only to the point where I’m still enjoying the journey.

How about you? Are you happy with your current writing speed? Why – or why not? Join in the conversation below.