Find Your Writing Voice – By Starting With Your Heart 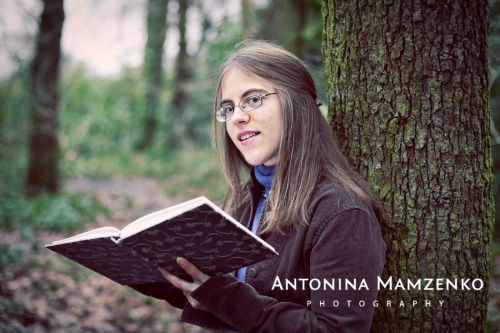 Photo by the awesome Antonina

I had several reasons for taking an MA in Creative Writing – including “getting student discounts”. But my main hope was that the course would help me find my writing voice.

I didn’t think I had much of a voice. I admired voice in others’ work. I loved Margaret Atwood for her rich, poetic language; Jasper Fforde for a unique brand of quirky sci-fi humour; P.G. Wodehouse for clever sentences and perfect comic timing.

And I didn’t think I could ever write like that.

Turns out, I was right. I can’t. Because I write like me.

Writing From the Heart

How much of what you write comes from the heart?

How much of it really grips you? And how much is just an exercise, something you’re doing for practice, or for money, or for a competition?

I started my MA writing short stories. They were reasonably good, in a technical sense. I’d won a couple of prizes. I was picking a competition brief – a title, theme, character – and writing a story of a set length (usually 1,600 – 1,800 words).

The stories had a lot of head-work going into them, but not much heart. Frankly, I didn’t really care about my characters. They were just neat ciphers on the page. It was a bit like playing the Creative Copy Challenge and only ever doing that. I learnt to write a competent short story – and never progressed any further.

My two tutors (Francis and Pam), independent of one another, gave essentially the same advice: write from the heart.

In blogging, getting real means telling the truth – showing your mistakes, your less-than-perfect moments. I see a lot of bloggers start off guarded and slowly open up, becoming much more personable and engaging as they do so. (Charlie Gilkey has compiled some great examples of this in Becoming Yourself and Growing Your Blog.)

In fiction, getting real means writing something you care about. A story which you’re afraid of screwing up. Characters who get inside your head and inside your dreams.

I don’t know what you’re working on – maybe it’s a novel, or a non-fiction book, or a blog. But when you next sit down with your hands on the keyboard, ask yourself: is this real? Does it matter to me?

During my MA, I started two big projects. One was my novel, Lycopolis. The other was the blog you’re reading right now, Aliventures.

There’s been times with both where I’ve struck out in some new and uncertain direction. I like to get things right. First time. Thing is, that’s a short cut to getting stuck and staying mediocre.

With Lycopolis, I got half-way into the first draft only to cut out one character entirely, and come up with a very different backstory for another.

With Aliventures, it took me even longer to realise that I wanted to write about writing, and for writers.

I’ve written novel scenes that I was deeply doubtful about.

I’ve written posts here on Aliventures which I hesitated to publish. (For the record? This is one of them.)

I’ve written the scenes which gripped readers, the posts which got impassioned comments.

If you’re struggling to find your voice, stop playing it safe.

Write something you care about. Tell the world something which matters to you. Because it’ll matter to them too.

On Aliventures, my message is that writing is wonderful and challenging and will change you and your world.

In Lycopolis, I’m saying that people can be redeemed, imagination is powerful, and we get to decide who we are – for good or for bad.

And I don’t know what your message is, but I’d love to hear it. So stop worrying about not knowing what your voice is yet, and start speaking.

You’ll find your voice along the way.