Do You Head-Hop? Getting Third Person Point of View Right 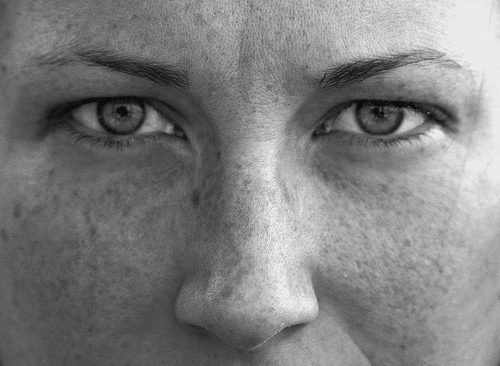 One common mistake that fiction-writers make with point of view is head-hopping while writing in the limited third person.

In case that sounded like gobbledygook, let’s get some definitions pinned down:

Third Person – using he or she (“I” is the first person)

Point of view (“POV”) – the perspective from which you’re writing

It’s easy to understand point of view when you have a first person (“I”) story – but it can be trickier to get your head around it in a third person one.

There are two key types of third person narration, omniscient and limited, and I’m going to go through each before I give you an example of head-hopping.

Some novels have an “omniscient” narrator – one who knows all about the characters and can dip in and out of their thoughts as needed. In these cases, head-hopping isn’t just okay – it’s an essential part of the perspective.

A good example is J.K. Rowling’s The Casual Vacancy, which does this for some (though not all) of the chapters.

These two sections come from within a page of one another, and show Miles’ thoughts, followed by Samantha’s:

‘Brace yourself,’ said Miles Mollison, standing in the kitchen of one of the big houses in Church Row.

He had waited until half-past six in the morning to make the call. It had been a bad night, full of long stretches of wakefulness punctuated by snatches of restless sleep. At four in the morning, he had realized that his wife was awake too, and they had talked quietly for a while in the darkness.

[…]‘Sam and I went in the ambulance,’ Miles enunciated clearly. ‘With Mary and the body.’

Samantha noticed how Miles’ second version emphasized what you might call the more commercial aspect of the story. Samantha did not blame him.

Elsewhere, the omniscient perspective shifts to give us a view that’s not attached to any character:

The announcement of Barry’s death on the Parish Council website sank with barely a ripple, a tiny pebble into the teeming ocean. All the same, the telephone lines in Pagford were busier than usual this Monday, and little knots of pedestrians kept congregating on the narrow pavements to check, in shocked tones, the exactness of their information.

This type of narration – dipping in and out of different character’s thoughts as well as giving a broader perspective – can work well, but it can also make it difficult for readers to immediately identify with your characters.

Using the omniscient narrator can come across as a little old-fashioned, and it’s best handled with care. However, if you do want to show multiple characters’ thoughts within one scene, you need this omniscient style.

Many modern novels are written in the third person limited perspective.

This means writing in the third person but sticking with one character at a time. Imagine that you’ve got a character positioned behind that character: you’re showing the reader what they see, not what someone across the room is seeing.

Here’s an example, from The Snow Child by Eowyn Ivey:

Afternoon descended into dusk, and Mabel left the window to light an oil lamp on the table, as if she was going to prepare dinner and wait for Jack’s return, as if this day would end like any other, but in her mind she was already following the trail through the woods to the Wolverine River. The lamp burned as she laced her leather boots, put her winter coat on over her housedress, and stepped outside. Her hands and head were bare to the wind.

Third person limited works well because it encourages the reader to identify with the character quickly. It also allows you a fair bit of flexibility as author. You can still switch to another viewpoint … if you do it right.

Here’s a bit of my novel, Lycopolis, rewritten slightly so you can see what third person limited head-hopping looks like:

In the dim light, Seth’s pupils were so large that only a faint rim of blue iris was left around them. For the first time, Kay noticed the grey shadows beneath his eyes. Earlier, she’d almost convinced herself that Hannah was right, the medallion was just a coincidence – but then there were the bruises. And the nightmares.

He wasn’t expecting that. “Of course I am,” he said, and smiled. He tightened his grip on her arm; she’d back down.

He let go and raised his eyebrows, hoping the implication was clear: you’re over-reacting. “Take it easy.”

In the first paragraph here, we have Kay’s perspective. She’s looking at Seth, and thinking.

Suddenly, though, we’re into Seth’s head with “He wasn’t expecting that” – and the rest of the passage carries on from his perspective, showing what he’s thinking.

Here’s how the actual text goes, staying in Kay’s head:

He blinked, and for just a moment, she saw a flash of surprise, perhaps even fear. “Of course I am.” An easy smile curved his lips. His grip tightened on her arm.

He did, raising his eyebrows. “Take it easy.”

Why Headhopping is a Bad Idea

Abrupt changes in point of view jar the reader. Some readers won’t be able to put their finger on what’s changed, but it will bother them.

If you switch viewpoint once in a scene, that’s OK. If you’re changing it around every paragraph or two, though – and you don’t have an omniscient narrator like Rowling – the changes will get choppy and confusing.

It can be tempting to jump between different character’s heads: it gives you the chance to show what someone’s thinking, not just what they’re doing. But you can give an indication of that through another character’s observations, if you need to, and stay with third person limited.

For you as a writer, working in one point of view at a time may help you get into your story. It can present challenges (“how do I show that A is lying when the scene is from B’s point of view?”) but it can also make things more interesting for the reader, by allowing them to infer a character’s motivations.

When You Can Switch Points of View

Of course, you don’t have to stick with a single point of view for a whole novel, or even a whole short story – and you don’t need to use an omniscient narrator either. You might switch:

At the End of a Chapter

This is the safest option! In Lycopolis, I use seven different characters’ POVs, and switch to a new character each time a chapter ends.

Some authors use the character’s name at the start of their chapters when they do this. (Take a look at George R.R. Martin’s Game of Thrones for an example of this.)

At the End of a Scene

You might want to have multiple scenes and viewpoints per chapter. If so, you can switch at the end of a scene: the scene break is usually indicated with a blank line or with three asterisks. This is pretty much the same as switching at the end of a chapter, only you’re unlikely to head the scene with a character’s name.

During a Scene (Carefully)

Of course, writing rules are there to be broken, and you can switch viewpoints during a scene, even in third person limited. If you’re going to do so, though, I’d usually recommend keeping the number of switches to a minimum.

Alternatively, you could have a “special” type of scene (perhaps a prologue or interlude) where you write from an omniscient perspective and give us a birds-eye view of your novel’s world, delving into characters’ thoughts when needed.

What’s Your Point of View?

I’d love to hear what you think.

When you’re writing (or reading a story) in the third person, do you prefer the omniscient or limited perspective?

Have you got any good examples of head-hopping, or other third-person limited perspective problems?