The Digitalisation of Reading (and Writing) 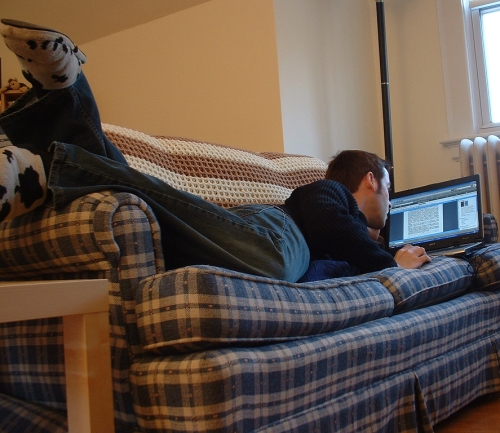 Paper books and publications tend to belong to one reader (though some are held in libraries). They’re damaged by annotations (if someone scribbles on your newspaper, they’re spoiling the reading experience for you).

But digital texts are different.

Digitalisation lets readers interact with a text, or a body of work, in a public arena, without damaging it. In fact, reader contributions are generally an enhancement.

I’ll run through a few examples, starting with the strongest writer/reader divide and heading towards mediums where there’s almost no divide.

Critics have existed for pretty much as long as authors – so reviews are nothing new. What is new is the ease at which any reader can publish a review about a book they’ve read. In the past, if you wanted to recommend a great book, you couldn’t do much except tell friends about it. Now, you can write a review on Amazon for potentially millions of people to see.

Reviews help readers know what book to choose. I know that when I’m browsing, I’m almost certainly going to choose a book with several good reviews – if a book has no reviews at all, I’ll probably choose something else, and if it has several one star and two star reviews, I’ll definitely avoid it.

One of the best ways to help your favourite author(s) is to review their books on Amazon. Although the reviews are unlikely to directly influence the storyline in future books, they will help bring in more readers – meaning that authors will keep writing!

You’re probably familiar with blogs, since you’re reading one. 😉 Blogs generally allow readers to interact by commenting on posts – and if you’ve never tried that before, feel free to leave a comment on this post. (If you’re reading this in your inbox or RSS reader, you’ll need to click on the post title to come to my website. You’ll find the commenting box underneath the post itself.)

Not all blogs are non-fiction. Authors may blog some or all of their fiction – one example is Joely Black, who produces a “web serial” for her Amnar series.

In some cases, authors use the medium of blogging to help them determine the direction for a story. They might even decide what to write based on reader vote: Kirsten Simmons is doing this with her interactive novel, The Psychic Exploration.

Rather than harming a blog, comments help to make it even stronger. They foster a sense of community and they influence the decisions that a blogger makes. Comments may even be quoted in posts – meaning they’ll be seen by all the blog’s readers.

Fanzines existed before the internet, but required quite a bit of effort to produce and distribute. Today, it’s easy for fans of a book, movie or TV series to write their own stories about their favourite characters and publish them online.

It’s illegal to profit from fanfiction, which means that it’s available free of charge to readers. There are thousands of websites that collate and archive fanfiction – from the biggest, Fanfiction.net, to sites that hold an individual author’s work.

Through fanfiction, readers build on the TV series (or book, film, etc) by creating new stories. You’ll also find “alternative universe” fanfiction – the same characters in a different setting. Some fanfiction merges two different sets of characters in a “crossover”. All of this allows readers to become authors, writing for a community of fellow fans.

Although some authors are hostile towards fanfiction, most turn a blind eye. Fanfiction does not harm the original work – if anything, it helps, by keeping fans engaged and active, even when a TV series has finished or is on hiatus, or when a book is out of print.

Games might seem an odd thing to include in a post about reading and writing … but bear with me.

Many early computer games were text-based. If you were into computers around 20 years ago, you might well have played games that involved typing commands like “go north” or “open box”.

Of course, as technology has advanced, games have increasingly become graphical (and you might find the very idea of textual games bizarre). But multiplayer text-based games do still exist online – you’ll find plenty of MUDs (Multi-User Dungeons) and variations on them. They tend to be fantasy-based – lots of swords and sorcery. If you’re familiar with the pen and paper game Dungeons and Dragons, you’ll get the idea.

Being textual, these games can be treated as a collaborative story – especially the ones which are focused on roleplaying rather than on pure hack-and-slash. Instead of one author, a group of players will create stories in real-time together. Some aspects of the game may not be open to modification (e.g. the descriptions of the game world are generally pre-authored) – but this form does allow an almost complete merging of the “reader” and “writer” roles when creating and consuming a text.

The Implications for You

As a reader, digital forms give you more influence. Your review on Amazon can influence book sales. Your comment on a blog adds value for every other reader.

If your interests sway towards the geeky (a good thing, in my opinion ;-)) then you might well find yourself joining fanfiction or even gaming communities.

As a writer, digital forms give you the chance to experiment. By publishing early-draft material on a blog, you can get reader feedback before committing yourself to a particular plot-line.

You can encourage reader reviews on Amazon to help boost book sales, or use readers’ comments as a way to build community on your website.

I’d love to hear what you think about all of this. Has digitalisation changed the way that you read and interact with texts? Are there any digital-text areas that you see as especially significant – or, alternatively, would you like me to expand on any of the four I’ve written about here? Go ahead and leave a comment below. 🙂