How to Write Character Descriptions That Work [With Examples] 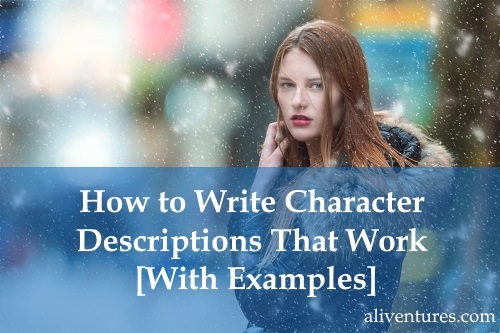 If you’re writing fiction, at some point, you’ll probably want to describe the people populating your story.

(This isn’t absolutely essential, mind. I’ve just written a short story that consists entirely of dialogue – no dialogue tags, no action beats, nothing – and neither of the characters is described at all.)

When it comes to a description, you want to avoid doing anything remotely like this:

Julia gazed into the bathroom mirror, assessing how she looked. Her hair was neatly parted and just skimmed the top of her shoulders. Her blue eyes were perfectly spaced, and her nose had a smattering of freckles – just right, she felt. The new shade of lipstick, a reddish-pink, went well with her top. But her cleavage was non-existent …

This might just work if you want to convey a character who’s particularly self-absorbed and who frets a lot about their appearance, but, otherwise, it’s a boring and – often – annoying way to introduce your character to your readers.

So what can you do instead? Firstly…

Some authors don’t describe much about their characters. Maybe we get a few key characteristics, especially if those are relevant to how the characters behave and interact with others (e.g. they’re unusually tall / short / skinny / fat / hairy / bald …) but we don’t have long descriptions of exactly how they look.

I think this is a good way forward. Personally, as a reader, I don’t really care what characters look like – I care who they are underneath the surface. Sometimes, their physical characteristics are important because they tell us more about who the characters are, or they’re significant because of how other characters relate to them. 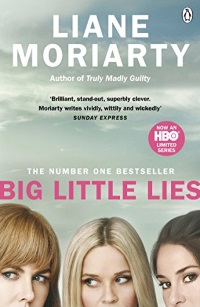 In this description, from Liane Moriarty’s Big Little Lies, it matters that Celeste is so pretty because it affects how other characters relate to her, and reminds Jane of trauma in her own past:

Jane looked up and her heart sank.

It shouldn’t matter. She knew it shouldn’t matter. But the fact was that some people were so unacceptably, hurtfully beautiful, it made you feel ashamed. Your inferiority was right there on display for the world to see. This was what a woman was meant to look like. Exactly this. She was right, and Jane was wrong.

What to Do (and What to Avoid) When Describing Characters 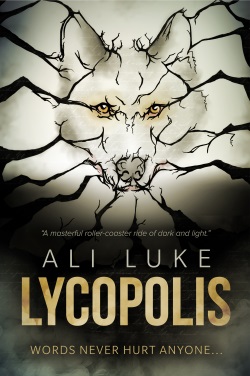 Description is the thing I struggle with most in writing, and I try to do a fairly minimal amount of it! I’ll give you a few examples from Lycopolis, though, and explain why I wrote them in the way I did:

Kay sipped uncertainly at her hot chocolate. Seth was taller than she’d imagined him. His blond hair hung perfectly, parted in the middle to fall to his chin, just like his profile picture on Messenger. She’d brushed her own hair into fierce plaits as usual, but the wind had whipped strands of it loose.

This is the very first paragraph of the novel. Kay’s the viewpoint character, and the reader hasn’t met her or Seth yet – so I’m trying to get in a bit of description of both of them, and hint at the backstory between them (e.g. “taller than she’d imagined him” – she knew Seth already but hadn’t met him in person before; she’s clearly spent at least a bit of time imagining what he looks like). There are some basic physical details (Seth is tall with longish blond hair; Kay has plaits).

A few paragraphs later, we’ve got:

She lifted her head, and met his eyes. They were a greyish blue, like stonewashed denim, like the pebbles on the beach back home.

I’m not generally interested in character’s eye colour. But I’m hinting here not only at Kay’s crush on Seth – she’s noticing his eyes – but also at her homesickness (by this point, we know she’s a first-year student at Oxford).

Later on, we get a description of Seth from a different perspective, 14-year-old Edwin:

Seth was pretty much how Edwin had imagined from his Messenger profile picture. He was tall, and his hair was cut longish and floppy without looking gay. He wore dark cords and a grey denim jacket over a shirt which, unlike Edwin’s sweater, didn’t seem to have spent the last few days in a heap on the floor.

“Hey,” Edwin said, and found himself suddenly nervous. Did he look sort of stupid, with collar-length hair and studded bracelets and head-to-toe black?

Again, Edwin knows Seth online, but this is the first time he meets him in real life. Unlike Kay, he did picture Seth as tall – he’s rather more in awe of Seth than Kay is. I’ve got comparison going on again: with Edwin’s rather less careful attitude to clothes, for instance. And just in case Edwin hasn’t reminded the reader recently enough that he is Properly Goth, we get a quick description of what he’s wearing (and how insecure he is about it).

You can probably tell that, for me at least, character description is generally a way to bring in all sorts of other things: to hint at and establish relationships between characters, for instance, and to tell us about the viewpoint character, who’s describing someone.

Have you come across any character descriptions that work particularly well (or that just didn’t do it for you)? Share them, and the books they come from, in the comments.