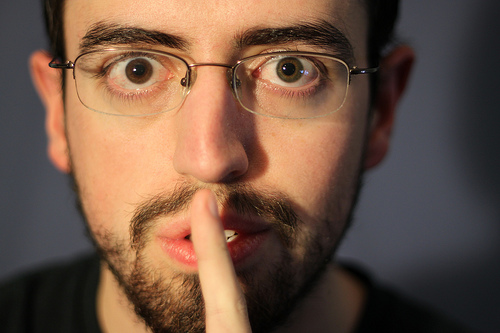 This is not particularly relevant to the post, but I’m getting an awful lot of comments telling me, often a little snarkily, “it’s ‘THAT’ not ‘WHICH'”.

The “don’t use which for restrictive clauses” rule comes (as far as I can tell) from Strunk and White. Plenty of authors, including Austen, have used “which” exactly as I use it in the title. It’s very commonly used like this here in England, so I’m guessing my comments are coming from US readers.

There was never a period in the history of English when “which” at the beginning of a restrictive relative clause was an error.

(From 50 Years of Stupid Grammar, The Chronicle)

I thought about putting “that” in the title – but I like the sound of “which” between “secrets” and “writers”.

And with that out of the way, enjoy the post! 🙂

A few years ago, I’d look at published writers and think that they were somehow different from me. After all, their books were gripping and fluent – unlike my stumbling attempts at first drafts. Their blogs had hundreds or thousands of readers.

They were real writers. And, deep down, I was afraid that I could never really become one of them.

But as I’ve taken more and more steps into the writing world, I’ve realised that my perception just doesn’t match up to the reality. Writers – at all levels – have just the same struggles as you and me.

I’m going to go through eight secrets. Eight things which all writers know – but which you might never hear them admit.

Writing is easy:  All you do is sit staring at a blank sheet of paper until drops of blood form on your forehead.  (Gene Fowler)

There’s a myth – not just in the writing world – that if you’re good at something, it’ll be easy. And established writers, me included, do have writing sessions where the words flow smoothly.

The truth is, though, that writing is hard. Some types of writing are tougher than others – I’ve written before about Why Fiction is So Hard to Write. But almost any type of writing will cause some sort of resistance – getting started is never easy. And very few writers, however experienced, can turn out a great draft first time.

Use It: Getting started is nearly always tough. There’s nothing wrong with you if you find it hard to sit down and write. But like exercise, once you get going, it gets easier.

Secret #2: We All Struggle With Procrastination

There’s only one person who needs a glass of water oftener than a small child tucked in for the night, and that’s a writer sitting down to write.  (Mignon McLaughlin, The Second Neurotic’s Notebook)

I’ve seen a few writers talk about this, often in a jokey way: we procrastinate. This isn’t just the case for beginners. Writing Magazine columnist Jane Wenham-Jones, for instance, writes quite openly about her struggles to just get on with writing. (And she’s had several novels and non-fiction books published – plus many short stories and articles.)

Procrastination can come in a couple of different forms:

This form is, I think, fairly harmless; it’s easy to spot yourself doing it, and there are easy tricks for “just getting on with it”. The second type is more insidious – it’s easy to kid yourself that you’re just not ready to tackle something longer or more complex, even when you’ve been putting off that project for years.

Use It: Take a good hard look at your own writing. Are you procrastinating on something? What would it take for you to get moving on it?

Secret #3: We Put Ourselves Into Our Work

Every author in some way portrays himself in his works, even if it be against his will.  (Goethe)

Anything and everything you write says something about you as a person, whether you want it to or not. Even your choice of what to write about – the decision that something is worth putting down in words – is significant.

It doesn’t end there. Writers (particularly good ones) deliberately draw on their own lives. If you know enough about a novelist, you can almost always spot some autobiographical element in their work. If you knew someone closely enough, you’d see that they pour in their childhood memories (the good and the bad), life experiences, hurts and dreams.

Use It: Dig incidences out of your past – they can be tiny things, so long as they have emotional power. Put them into your writing. There’s a truth in these which can bring your work to life.

The only way I can get anything written at all is to write really, really shitty first drafts. The first draft is the child’s draft, where you let it all pour out and then let it romp  all over the place, knowing that no one is going to see it and that you can shape it later.  (Anne Lamott, Bird by Bird – you can read an extract from this section here)

Short, straightforward pieces may come out just-about-right the first time round. Most authors, though, will have first drafts which look vastly different from the finished product. I remember reading J.K. Rowling’s description of how she cut a whole character (sadly no longer on her website, but it’s mentioned in an interview here) from one of the Harry Potter books.

As a reader, you only get to see the finished product. You don’t have access to the fumbling, faltering first draft, which every author has to go through in order to get to the polished finished piece. But those drafts exist – buried or even burnt, their clumsy sentences and over-indulgent passages concealed from the world.

Use It: Don’t ever worry if a first draft doesn’t seem very good – especially if you’re writing fiction. If you can, take a look at a published author’s first draft and compare it with the finished work. Here’s an example, bravely posted by Diane Chamberlain: Finished! (And a First and Fifth Draft Comparison)

Secret #5: Each Piece Exists in a State of Flux – and it’s Never “Finished”

When you read a book or article or blog post, it feels fixed. You can’t really imagine it being any other way.

That’s not any writer’s experience of their work, though. Chances are, the piece began as a patchwork of ideas. Whole chunks – chapters, scenes, paragraphs – will have been moved around, cut, added, expanded. There’ll have been plenty of times when the writer had a coin-toss decision between taking one direction and another.

Because of this, the work never feels finished to its own author: there’s always the potential for some more tweaking. At some point, though, every writer has to let their work go.

Use It: Aim for completion, rather than perfection. You’re never going to feel like a piece of writing is quite as finished as it could be. Send it out into the world – it will only truly be complete once it has readers.

Secret #6: We Do it Because We’re Obsessed

An incurable itch for scribbling takes possession of many, and grows inveterate in their insane breasts.  (Juvenal, Satires, around 100 AD)

Normal people aren’t writers. Most people (much to my horror) dislike writing. They might only read one or two books every year. They certainly don’t see any reason to put their thoughts down in writing, whether that’s as a blog, a journal or a story.

If you’re writing, you’ve got a certain obsession. Some writers talk about their need to write – and even believe that they couldn’t live without it. I certainly find it very hard to imagine a life where I didn’t write at all.

Use It: Accept that you’re a bit weird – and revel in it! Make time for your writing – sure, the rest of the world might not understand, but they’re not writers.

Nobody but a blockhead ever wrote except for money. (Samuel Johnson)

While many writers carry on because they’re a bit obsessed, there are very few who don’t have some ideas about making money from it. After all, if you can make a living from your writing, you get to spend your work day with words – not just your evenings and weekends.

Writers don’t necessarily love or even agree with everything they write. I’ve written on topics like Australian college football, not because I had any particular interest in it, but because I was being paid.

There’s no shame in making money from creative work – whatever the beret-wearing, garrett-dwelling types would have you believe.

Use It: If you want to make money as a writer, start paying attention to the market. Some sorts of writing (e.g. web copy, specialised non-fiction) are a lot more lucrative than other types (e.g. poetry). Don’t be afraid to try something new: you might enjoy it more than you think, and it might be the first step to turning your writing into an actual career.

Secret #8: We All Struggle With Self-Doubt

This is what I’ve been thinking lately: I’m getting worse. My writing just isn’t as good as it used to be. With every new story I write I believe I’ve lost something—the spark, the raw energy, the ability to see the scene, to tell the truth, to imagine. I look at my stories and feel like they could be so much better. (Jessie Morrison, MFA Confidential blog for Writer’s Digest)

You’ll come across the occasional supremely confident writer. In my experience, those people tend not to be very successful. Good writers are often riddled with self-doubt – and as they get better and better, they’re also more and more able to spot the flaws in their own work.

Self-doubt can be very destructive, and can cripple your ability to write. It’s something to stand firm against – but it’s important to remember that you’re not the only writer who goes through it. There’s nothing wrong with you if you have a little voice in your head saying “Who’d want to read THAT?”

Use It: Next time you doubt yourself, keep going anyway. Put doubts about your work aside when you’re drafting – save them for when you need to edit.