How to Cope When Someone Attacks Your Writing 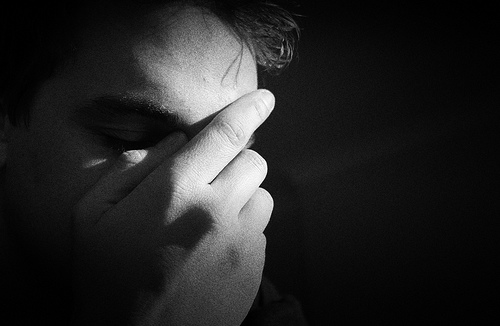 In all honestly Ali, the first paragraph was terrible… In grammar. I was gonna give advice, but it’s just to [sic] much to cover. I’ll give some anyways, though, since that’s what you asked for.

Ali, your lead paragraphs need work. I typically find that leads are the hardest part of an article to write. But mainly I think you are trying use a conversational style in the first two paragraphs. That’s okay, but your punctuation is not right, and thus it makes your writing choppy.

These are taken from two comments which I received on one of my guest posts, a month or so ago. It was a post about writing (which inevitably invites a few nitpickers!) – but I definitely hadn’t asked for a critique! A couple of them took it into their heads to provide one anyway.

I’ve been making money from blogging for over three years. I’ve written well over a thousand blog posts. I get paid, I get loads of lovely comments, I get guest posts accepted on blogs with hundreds of thousands of readers …

… and those comments still made me cry.

I’m writing about this today because I’ve seen a couple of writer-friends get hurt by unwarranted negative feedback recently – and I think this is a huge issue for anyone who’s brave enough to write, and to send their work out into the world.

When I saw those comments, I started second-guessing myself:

Maybe they’re right. I guess that lead paragraph could’ve been different. Perhaps I can’t really write at all, I’ve just been fooling people all along…

Of course, once I’d had a good night’s sleep, I realised that wasn’t true. I’d let a couple of complete strangers knock my writing confidence. Surely all the great feedback from my editors, my tutors, my writing workshop and my loyal readers mattered a bit more?

If you’re a writer, sooner or later, someone’s going to attack your work – and I know just how hard it is to think straight when that happens. It really helps to try to get some objectivity on the situation, by answering a couple of questions:

If your work has just been torn apart by your writing tutor, there may be some validity in their opinion. (Or there may not – we’ll come to that later.)

But if your blog post gets a nasty comment from a complete stranger, their opinion really doesn’t matter. Because:

It hurts to have your work attacked. It knocks your confidence and may well make you feel like you never want to write again. But if the person attacking you is a complete stranger, the chances are that their opinion is worth nothing.

If you need some reassurance, ask other writers to look at the feedback. (Ask me if you like – I’m @aliventures on Twitter or you can email ali@aliventures.com.) Do they think it’s likely to be valid? Or is it just some internet loudmouth spouting off?

The really difficult times come, though, when your work gets attacked by someone who you respect, trust or see as authoritative – maybe another writer, a teacher, an editor or a publisher. If that happens, ask yourself:

#2: What’s Their Opinion on Other Work?

When I did my Masters, we had one tutor who gave harsh critiques of everyone’s writing. It hurt a fair few people at first – but once we realised that everyone was getting similarly bad feedback (in contrast to our feedback from other tutors), we found it easier to brush it off.

If you get a one-star review on Amazon, see what else that reviewer has written. Maybe they slate everything. Or maybe they give five-star ratings to books that you wouldn’t touch with a bargepole. Either way, you’ll know that the review doesn’t say much about your work – it just tells you about that reader’s particular tastes.

You don’t have to believe anyone’s opinion. Just because someone is a tutor, editor, publisher or top reviewer on Amazon doesn’t mean that they’re always going to be right.

(And if you ever doubt that – read some of the rejection letters here.)

However much you tell yourself that the reviewer clearly hates all romance books or that the blog commenter is just a troll, having your work attacked still hurts. That’s hard, but it’s normal. You’re a writer. You care about those words – they came from within you, and they’re part of who you are.

So give yourself some time. Throw things. Cry. Eat chocolate. Print out the nasty comments and tear them into little pieces or burn them. Write a blazingly witty, devastating response (just don’t post it). Whatever will make you feel better.

And then get back to writing.

Don’t let anyone’s opinion stop you doing what you love.