A Special Announcement (With Photos!) 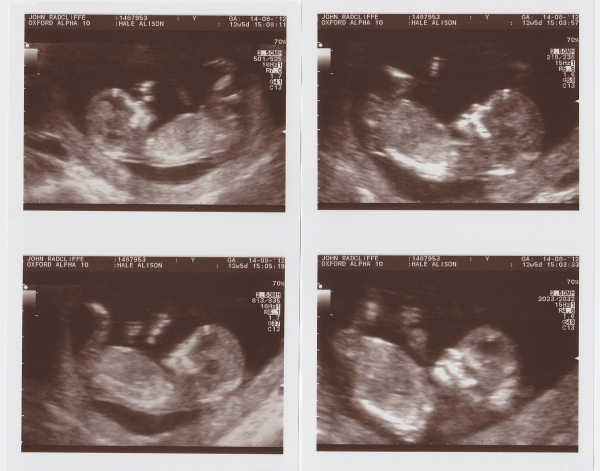 The first ever pictures of Baby Luke (not Hale … the hospital had my old records!)

I’m thrilled to announce that my husband Paul and I are expecting our first baby.

You might have noticed that I’ve not been quite so present as usual recently: I’ve not been posting much here on Aliventures, I’ve been slow to respond to emails, and I’ve not been tweeting or hanging out on Facebook much. The early weeks of the pregnancy went smoothly, but I was feeling very tired for a good three or four weeks, and prioritised getting as much rest as possible.

Now that we’re into the second trimester, I’m feeling a great deal better, and you can expect to see me around a bit more. 🙂

As well as telling you the good news, I want to keep you in the loop on what will be staying the same and what will be changing:

I’m refocusing my business a little, so that I have more time to focus on bigger, long-term projects like ebooks and Writers’ Huddle. This isn’t just a baby-related decision … but the pregnancy has been a good prompt for me to get on with making changes.

I’ll be continuing to blog here on Aliventures, though I’ll be taking a break in the early part of 2013. The same goes for the newsletter.

I’m 100% committed to continuing to run Writers’ Huddle, and I’ll ensure there’s someone on hand from Feb – April 2013 to keep things moving smoothly and to handle any technical support.

Because of the baby, though, the next Huddle opening will be in October 2012, and I won’t be reopening again the doors again until summer 2013.

I won’t be coaching any more. I’ve already said a fond farewell to several clients (if you’re one of them, I’ll be contacting you personally over the next couple of days, now that I can explain the “why”!) and I’m not taking any new clients.

I’ve very much enjoyed being a writing coach, and I’ve been lucky to have so many wonderful clients. The coaching has always been a smallish part of my business, though, and it’s obviously not something I can easily carry on with when I have a small child.

I’m delighted to be able to finally share this with you (it’s been hard keeping it a secret for the past two months!) Rest assured that I won’t be turning Aliventures into a parenting blog… and I hope you’ll forgive this post for being a little off-topic. 😉