Are Self-Publishing and Traditional Publishing Both Offering a Next-to-Impossible Dream? 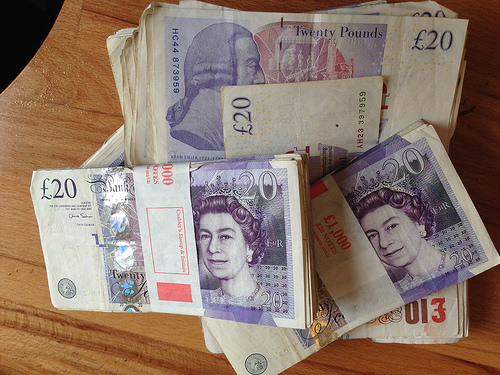 Back in December 1998, I spent my 14th birthday money on Nigel Watt’s book Writing a Novel and Getting Published.

And for quite a few years, my dream was to be a full-time fiction author.

Not everyone has the same writing dream, of course. But perhaps the most common, generic, one looks like this

I make a good living writing what I want to write.

In many ways, it seems a pretty reasonable dream. Of course, I doubt you’d say “no” to being on the New York Times bestseller list (I know I wouldn’t) – but you might well be very happy about doing something you love and getting paid for it, enough to live comfortably on.

In 1998, the path to achieving that dream looked something like this:

It may well have been your dream too, or perhaps still is.

My first novel floundered at Step #1; my second went out to agents and failed to secure more than momentary interest.

After a hastily abandoned attempt at a third novel, my fourth, Lycopolis, was the first I was truly proud of. And I decided not to go down that well-trodden path again.

When I started on Lycopolis, almost a full decade after I bought Writing a Novel and Getting Published, I was still hooked on the dream. I was studying at Goldsmiths College, on a reputable Creative Writing MA course, so it was starting to look like a more realistic dream.

But then self-publishing hit the mainstream.

(I was already self-publishing, though no-one was calling it that; we called it blogging. I’d also used print-on-demand to produce manuscript copies of early drafts of Lycopolis to edit. So this wasn’t quite such a brave new world to me as it could’ve been.)

Frankly, my early brushes with self-publishing had been a bit off-putting. I’d seen some self-published books on sale at writers’ conferences, and they’d been clearly amateur, with poorly designed covers. To me, and I think to many writers a few years ago, self-publishing smacked of desperation.

Yet, with the launch of the Kindle, self-publishing began to take off. And – seven short years later – there’s a new path to the old dream of making a good living writing:

Unlike traditional publishing, this allows a fair degree of speed – you can get your book out to readers in hours, rather than the months or years a publisher would take. It also gives the author full control over their work, and a considerably greater percent of the reward.

But How Realistic is the Dream Really?

Most traditionally published authors do not make a full-time living from their books. This includes plenty of really good authors – especially if they write more literary stuff. They may simply not have a large enough audience, and fast enough output, to make a living.

Most self-published authors do not make a full-time living from their books. Again, this includes authors who are excellent writers. They might only produce one book every few years. They might struggle with the technical or marketing side of things, meaning their book isn’t very visible.

I started reading Joanna Penn’s blog The Creative Penn just after she self-published her debut novel in 2011 (Pentecost, now retitled Stone of Fire). I remember when she posted about selling her first 1000 copies. She now has a whole bunch of books to her name, and a substantial income from fiction.

And on the fiction side, one of my former Writers’ Huddle members, Sue Tingey, wrote to me a few weeks ago to tell me the fantastic news that she’s landed a three-book deal. Her debut novel Marked is already out in the UK.

What’s Your Writing Dream – and Could it Change?

For a long time, I was focused on making a living writing fiction. I currently make 99% of my income from non-fiction – and I really enjoy doing so. I’d like to tip the balance a bit further towards fiction, but I’d never want to stop doing non-fiction.

Maybe your writing dream could change a little. Perhaps “making a living” isn’t actually that important to you – you’d be happy just to have a book with your name on it out there.

Or maybe you do want to make a living, but you’re happy to do so through freelancing, perhaps keeping a day or two per week for fiction.

It’s easy (for me, at least) to get wrapped up in what seems to be everyone else’s dream, or everyone’s idea of what writers want. Do take some time to think about what you want to get from writing.

And if you do want to make a living, either through traditional or self-publishing … it’s far from impossible.