Everything I Know About Biz, I Learnt From Naomi Dunford

This post is in honour of Naomi Dunford’s birthday. Feel free to eat cake while reading it…

I buy a fair few ebooks on biz-related matters.

And I take online classes. I read blog posts. I hang out on Twitter.

It’s only recently that I’ve realised just how much I’ve learnt – particularly about marketing. I’ve come a long, long way in the past three years.

An awful lot of this is down to one, very awesome, woman.

I could spend all day telling you about how fantastic Naomi is. She’s clever and kind and generous and big-hearted and laugh-out-loud funny.

But … I’m trying to finish Draft 4 of Lycopolis before I head off to South by South West. So I’ll give you one quick story, plus links to some of my all-time-favourite  Naomi posts.

Without Naomi, you might not even be reading this.

Well, that was the PC name for it. Actually, in true Naomi style, it was called Fuck Realistic.

And it was here, in the UK. I couldn’t miss it. I was fan-girlishly excited to get to meet Naomi. She was just as lovely in person as online (and, actually, a bit less scary). And I met a bunch of other awesome people – including Willie Hewes, a fantastic illustrator, and Colin Beveridge, a brilliant maths tutor; my Twitter stream would seem bereft without them!

And, a month later, after telling everyone that I was going to launch my new blog … I launched it. 🙂

How to Be Broke at Conferences (I also went to the UK tweetup mentioned in the post. It’s not like I stalk Naomi or anything…)

Last September, I finished my MA in creative writing and got married. My cash flow wasn’t great for a number of reasons – mainly that I’d not been focusing on my biz for a while (weddings do that to you). Naomi’s post helped me realise that I could do Vegas without splashing tons of money around and without making other people feel awkward.

Naomi is a wickedly good writer. These posts stand up to re-reading, any time.

If you find bodily fluids amusing (oh, come on, admit it!) then … well, just read this.

Moral of the Story: Marketing to Alcoholics Edition

I can imagine myself doing this. Except that I’m lucky enough to have really small wrists.

Naomi hasn’t been blogging so much recently. This makes me sad: 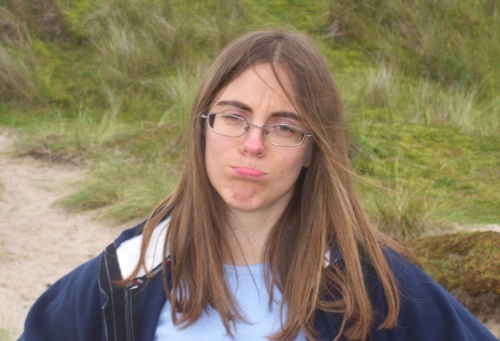 But I’m pretty sure Naomi is off cooking up something really awesome, and so I’ll forgive her. 😉 And/or harangue her in Austin.

Happy birthday, Naomi! Hope you have a brilliant year. See you at SXSW.

Heads up! I’m going to be at SXSW interactive from Friday 11th – Tuesday 15th March. If you’re gonna be there too, grab me on Twitter (@aliventures) and let’s hook up and say hi!

I probably won’t be blogging during the conference – but I’ll be heading to some awesome-looking panels about indie publishing, and I’ll be telling you about everything I’ve learnt soon…