Why I’m Giving Up on My Dream 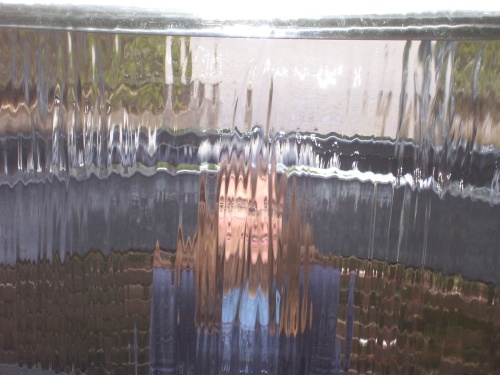 This isn’t a post I ever imagined I’d write.

For as long as I can remember, I’ve wanted to be a  novelist. Half a lifetime ago, when I was thirteen, I started working on my first novel. (It was pretty crap, for the record, but I learnt a lot.)

And I know the writer’s dream, because it was my dream too.

It’s the dream which led me from university into a steady office job: I was sure that it would only take a few months for me to land an agent. And then I could quit, right?

(That wasn’t how it went in the end. I stumbled into the brave new world of paid blogging instead. And THEN I quit.)

I took a creative writing degree, to help me towards that dream. Because I know that agents – the magic gatekeepers of the publishing world – will pay more attention to writers who’ve been through some serious training.

I went to conferences to hear, first-hand, what agents and editors were looking for. I talked to some. I showed them my work and listened to their advice.

I clung onto that dream for so long. Because I really really wanted it.

It’s the writer’s dream. It’s what all of us want; it’s the pot of gold at the end of the rainbow.

But I Wanted it for the Wrong Reasons

I’ve been doing a lot of soul-searching over the past few months.

Why do I really want an agent and a book deal?

It’s not so that I can write full-time – I do that already.

It’s not because I don’t have an audience or platform of my own – thousands of people read what I write online.

It took me a while to admit it, but I realised there was one big ugly reason why I couldn’t let go of my dream.

I wanted to impress people. I wanted to be able to say “I have an agent!” and have everyone be happy for me – and maybe even a bit envious of me.

Not a great reason, really.

Not something I’m proud of.

Over the past three years, I’ve sold hundreds of blog posts. I’ve self-published several ebooks. I’ve coached writers. I’ve built my own little business from the ground up, and it’s been an exhilarating adventure.

And I’ve come to realise … there’s no reason, no reason at all, why I can’t do the same with my fiction.

I’ve got a ton of respect for agents and publishers; I’ve met plenty of fantastic people in the industry. But I don’t think that traditional publishing is the right route for me. (Not right now, anyway.)

I’ve got a new dream.

Actually, this is better than the old dream. This is a plan.

I’m going to publish my novel, Lycopolis, myself.

I’ll have full control over its success (or failure). I can do it on my timescale, in my way, without waiting months and months for agents and publishers to get back to me.

I’ll be bringing Lycopolis out as an ebook and as a paperback.

I’ll get to do all sorts of fun things – like a book trailer, and some website tie-ins, and blog tours, and … well, it’s an adventure. I’ll see where it leads me.

This isn’t a step I’m taking lightly. And it’s not a dream that I think other writers should necessarily share.

But it’s my dream. Not my friends’ dream, or my critique group’s dream, but mine.

And I can make it happen.

Over the next few weeks, I’ll be blogging occasionally about the indie publishing journey and sharing what I learn along the way. (I’ll also be writing about other things too, in the hopes of not boring you…) To follow along, grab the RSS feed, or pop your email address in the box below: