An Interview with I J Black, Author of the Amnar Series 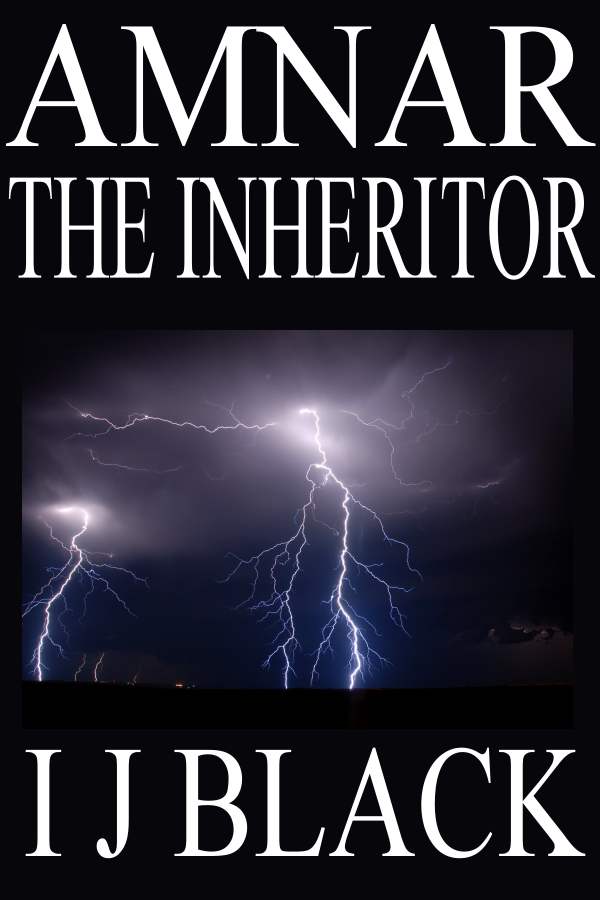 I first met I J Black when I was very new to the blogging scene: I was in a small email group of bloggers and she was one of them. She was podcasting her Amnar books back then – and I was impressed, and a bit stunned, by just how much she’d written and how much supporting material she had.

Joely, as her friends call her (and I’m rather presumptuously counting myself as one of them ;-)) was one of the first bloggers who I followed on Twitter. She’s always been a great source of writing wisdom and encouragement. So I was thrilled when she offered to be interviewed here on Aliventures, as part of her book tour to promote Amnar: The Inheritor.

If you’re a fiction-writer (or if you’d like to be one day), you’ll get a lot out of the interview: Joely gives some fantastic tips about writing, publishing and marketing fiction.

And if you’re a fantasy fan, you’ll love Amnar too. You can get Amnar: The Inheritor:

From Amazon, for the Kindle

From Smashwords, for other ebook readers

Ali: Could you tell us a bit about the Amnar books?

Joely: Amnar is epic fantasy, set in another world but with people facing the same kind of issues that we do. I tend to describe it as Ursula le Guin meets Philip Pullman meets China Mieville. There’s a lot of politics, a lot of legal entanglements, but also a lot of adventure. It’s not about dramatic quests but about ordinary people dealing with very difficult circumstances, challenging authority, and finding their own truth.

Which book did you write first? Which should we read first?

The first one is The Inheritor – that’s the best place to start as it was written assuming no prior knowledge of the world. I’m aware it’s very confusing, because that book’s been around for a while and I’ve been writing background books since then.

We had a chat a few weeks ago about writing torture scenes, which we both agreed are tough – and you gave some excellent advice in your post Writing Tip: Six tips for writing torture and suffering. Are there any other types of scenes which you find difficult? What tips do you have?

I admit I find sex scenes difficult. There aren’t very many in Amnar, simply because it’s not often appropriate, but when you get to that level of intimacy, that can feel like I’m invading on character’s territory.

The other scenes that are really hard are those where characters are going through other extreme experiences, when they’re close to death or really suffering (but not being tortured). I found writing Nenja’s scenes after her torture really hard.

It’s the same with suffering. It’s about conveying the experience from the inside of the character. As the author, you know whether they’ll be saved or not, you know where they are physically, but you can’t convey that – the only thing you can express is exactly what they can see or hear, which might not be very much.

That comes down to writing the detail of the experience. Not just feeling pain, but what kind of pain. Is vision blurry? How does consciousness come and go? Sentences tend to be choppy, as the mind can’t focus properly, there’s limited sensory perception. It’s all about getting right into the specifics of the experience.

How does your writing interact with the rest of your life?

Writing has always been in my life and I think it’s central to it. Some people would say this is a bad thing, but I think it’s about how I express myself in the world, and it’s not just a job, this is done out of love. I manage to fit a very busy life around it, but I find that even when I’m out doing other things, the ideas are simmering away in the background.

When we first “met” online, I think you were podcasting the Amnar books, and I remember you were initially reluctant to create ebook versions. You’ve now got them available on Kindle, and you’ve been doing a web serial too. What made you change your mind?

I decided to put them out as e-books because I’d finally had a chance to talk to other writers who were doing it, and of course, there’s been a boom in ereaders which makes it less of a niche market to approach. I know readers were desperate for a version that was easier to absorb. Amnar tends to be quite complex and it’s easier to read than to hear, so it was really about trying to listen to what the fans wanted.

I think that’s down to the individual, because there are so many different ways of approaching this. With non-fiction, obviously it’s all about answering questions, about providing a solution to issues. You can step out there and say “Read this, it’ll answer that big question you’ve got in your head.” It might be anything from weight loss to getting pregnant to starting a business, but you have a very clear marketing approach that is all about “This is what my work will do for you.”

That’s much harder with fiction, because you aren’t solving people’s problems, necessarily, you’re asking them to take time out and read your stuff and get pleasure from it. Then I think it’s all about showing how much you yourself enjoy the work, and engaging people with the world you’ve created beyond the book itself. That’s really why I write background books, answer reader questions, do background posts and that kind of thing, because it’s the added extras.

What you really want are fans who’ll promote your work because they love it. Something like 80% of commercial sales come from recommendation (that comes from Faber and Faber’s marketing, by the way, when I saw them discussing it a few weeks ago). That’s one person saying to another person “You should read this book, it’s really great.” Those kind of recommendations are priceless. Then it’s about giving readers more of what they want, which is easier with fantasy because there obviously will be a lot of background material to dig through.

Of course, I’m still learning, and it’s a steep curve working out what helps.

Check out Amnar: The Inheritor – currently just $4.99 and available from Smashwords or from Amazon.co.uk / Amazon.com.

You can also find out much more about the Amnar world here, or follow Joely on Twitter here.