This is the second post based on sessions I attended at Winchester Writers’ Conference, 2012. You can read the first here: 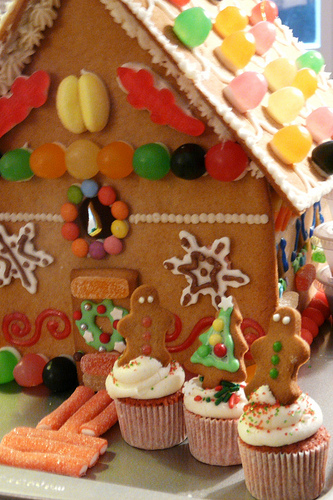 “Writing Stories: Telling Tales” was a workshop run by Alison Habens, a lecturer in creative writing at the University of Portsmouth, about writing from fairy-tale and myth. It sounded a bit different to the courses I’d been on before, so I decided to give it a try.

Note: since “Writing Stories: Telling Tales” was in a workshop format, with lots of exercises, this post is a combination of what Alison said, plus my own thoughts (particularly on how this relates to recent movies).

Another reason why I wanted to attend this workshop – and why you might be interested in the topic – is that fairy-tales, in particular, seem to be enjoying a resurgence right now. This is happening in media aimed at teenagers or adults rather than at children: think of recent movies like Snow White and the Huntsman (2012) or Red Riding Hood (2011).

Here are just a few points to think about in using fairy-tales or myths to help inspire your writing:

The number 3 is important; it builds tension and suspense. (Something happens the same way twice, then the third time is the exception.) This isn’t just common in fairytales and myths – there’s the “rule of three” in rhetoric. There are often three sisters (or brothers) and the youngest is the one who the story focuses on

The number 7 is also significant: seven dwarves, seven brides, and so on. (Seven also crops up a lot in the Bible. And, of course, we have seven days in the week.)

Transformation happens when something changes. In fairytales and myths, this is through magic, and it can involve a change from human –> object. (For myths involving transformation, see Ovid’s Metamorphoses.)

In today’s superhero stories — think the most recent Avengers movie – transformation inevitably plays a role: this is usually through sufficiently advanced technology (e.g. Iron Man) or some unusual man-made or alien substance (e.g. the Hulk). In terms of story-function, this technology or substance fulfils exactly the same role as magic in fairytales. And, of course, both Thor and Loki are characters from myth, incorporated into modern story-telling.

You don’t need to be writing fairy-tales or modern versions of myths in order to use elements from these stories in your writing. Think about:

I’ll leave you with a writing prompt – this was the first exercise that Alison gave us in the workshop. (Feel free to pop your response below in the comments, if you want!)

If you were a character from a fairy-tale or myth, who would you be and why?