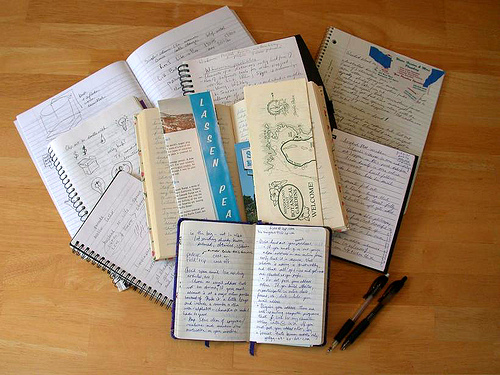 Most people don’t want to write. They might day-dream about being a best-selling novelist – just like they day-dream about winning the lottery – but they don’t see any particular attraction in putting words down on paper.

Many people actively hate writing. They find it hard, tedious and frustrating. If they have to communicate something, they’d much prefer to speak.

Since you’re reading this, I’m guessing you do want to write. You might feel like you hate writing at times – but really, you don’t think you could live without it.

That’s not normal. But it’s perfectly okay. In fact, it’s a good thing: the world needs writers, after all.

Plus, you’re not alone. There are plenty of other writers out there – and, while you’re unique, you’ll find you have a lot in common with many of them.

Here are a couple of big ways in which writers are different from the norm:

Writers Tend to be Introverted

This isn’t a rule – and if you’re an extrovert, you can certainly still be a writer – but the majority of writers are fairly introverted.

Given that around half of humanity would classify as “introvert” rather than “extrovert”, this is hardly abnormal – except that there’s often a sense in society that being an extrovert is more normal. (I get the impression that this is more the case outside the UK – I’d be interested to hear your experiences in the comments, especially if you’re willing to say what country you live in.)

I can understand where Thomas is coming from here –

People who spend excessive amounts of time alone tend to suffer from anxiety, stress, and even memory loss. Although writing is more or less a solitary act, isolation can cause many problems that hinder your ability to perform.

(Thomas Warren, Don’t Be an Introvert Writer, a guest post on Men with Pens)

– but I’m not sure I entirely agree. Sure, spending all day, every day alone wouldn’t be good for anyone – but introverts do need a certain amount of alone-time, and that’s no bad thing.

There aren’t many full-time jobs for writers. You might end up in a staff role on a newspaper or magazine, but most of the writers I talk to don’t have that kind of career in mind.

Writers tend to want to work for themselves, either writing fiction (novels, short stories, etc) or non-fiction (books, blogs, etc). They might well freelance – like I do – producing work on commission for editors. They don’t want to have a “normal” 9 – 5 job.

In fact, you’ll often read stories of writers who gave up what many “normal” people would consider a great career. Brian Clark from Copyblogger was a lawyer. Trent Hamm, who now writes full-time on his own blog The Simple Dollar, found a job after college which meant he was “suddenly making more money per year than my parents had made combined in any year, ever.” (The Road to Financial Armageddon #4: The First Taste of Real Money)

Your family and friends might think you’re crazy if you talk about giving up a well-paid or prestigious job in order to write.

You’re not crazy, though. Sure, you might not be normal (but “normal”, in many cases, equates to “unhappy”).

Why You Don’t Want to Be Normal

When I asked on Twitter “Writers: do you consider yourself “normal”? If not, why not? (And would you want to be?)” I had some great responses.

These were two of my favourites:

(Thanks, Katie and Sheila!)

How do you feel about being normal – or not?

Like me (and some of my Twitter followers), you might question whether “normal” really exists. You could aspire to be average, but frankly, who wants that?

I’m not suggesting that you should be different just for the sake of it. If outrageous clothes and a bizarre lifestyle are your thing, then go for it. But if you’re a quiet, moderate sort of person, that’s perfectly legitimate too.

What’s important is that you question some of society’s norms. It’s “normal” to:

Is that really what you want for your life?

As a writer, your quirks are your strengths. Whether you’re writing fiction or non-fiction, your readers will want to hear your voice. And perhaps finding your voice means being willing to take some risks: to embrace your interests and passions – however strange they might be – and to pour your uniqueness into your writing.

You’re a writer. You don’t need to be “normal”.

You need to be you.